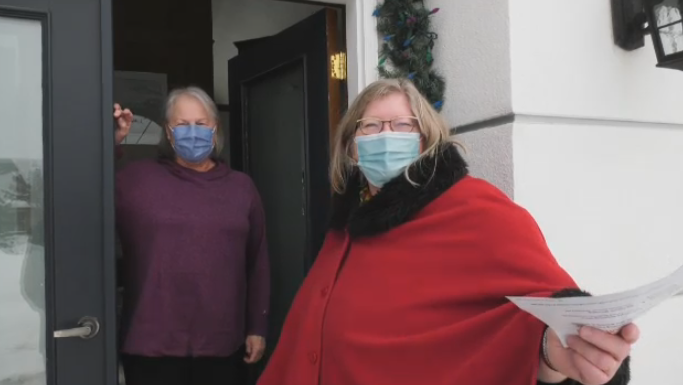 The former executive director of the Winnipeg Symphony Orchestra is taking on a new stage – a political one.

Trudy Schroeder is the Manitoba NDP candidate running in the Fort Whyte by-election set for March 22, 2022.

“I think I am the right person to have on the bus of that whole political scene,” Schroeder said in an interview with CTV News. “To actually help Manitoba move through this next period of recovering from the pandemic, of rebuilding the economy but of also of actually addressing some of the social issues that are huge.”

Schroeder is one of five candidates seeking out the Fort Whyte seat, which was previously held by the former premier, Brian Pallister.

She found herself involved in politics as a teenager but the idea of a political career took a backseat to the arts sector. She has been executive director of both the Winnipeg Symphony Orchestra and the Winnipeg Folk Festival.

“In those roles, because they are community institutions, you have to be apolitical. You have to work with whichever government is in place. But you are very involved with the political part of the world.”

Chris Adams, a political studies adjunct professor at the University of Manitoba, said Schroeder’s background could give her an upper hand.

“I would say that there is an advantage for Trudy Schroeder in the sense that she is a woman candidate, and in some ways a star candidate from the arts community,” Adams said. “There might be women who would be attracted to supporting her over people who are known as football players.”

As she eyes the Fort Whyte seat – Schroeder hopes to play a role in government accountability with the official opposition party.

“What we feel, and what I am hearing at the door, is people are not happy,” Schroeder said. “I think people are looking at it as a bellwether. What is the sentiment out there? What are people saying?”

Schroeder is one of five people running for the Fort Whyte seat. The other candidates include Obby Khan for the PCs, Willard Reaves with the Liberals, Nicolas Geddert with the Green Party, and Patrick Allard who is running as an independent.

-with files from CTV's Mason DePatie and Jeff Keele