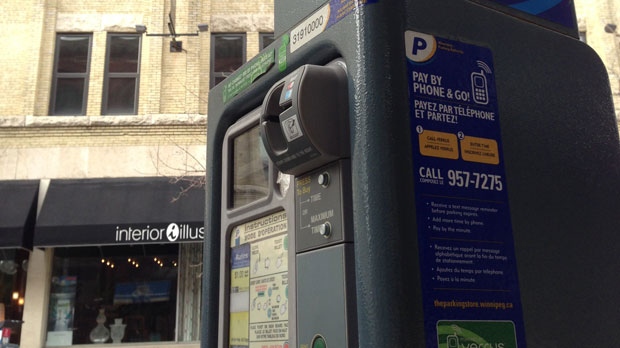 WINNIPEG -- Winnipeg residents will be paying less to park on the street starting next week.

City council voted to reduce the hourly rate for on-street parking by 75 cents per hour. The change takes effect on July 1 and affects all paid parking locations in the city.

Currently, parking rates are $2.50 per hour in low-demand areas, and $3.50 in high-demand areas and hospitals, according to city documents.

The move partially reverses a 2018 decision by city council to raise rates by $1.50 per hour.

The new rates will go into effect for pay-by-phone customers on July 1.

Pay stations will continue to charge the old rates until they have been updated. The city said the pay stations will display a sticker advising of the rate reduction, and updates will be listed on the city’s website.