'The soundtrack of a generation': group wants The Guess Who in the Rock and Roll Hall of Fame 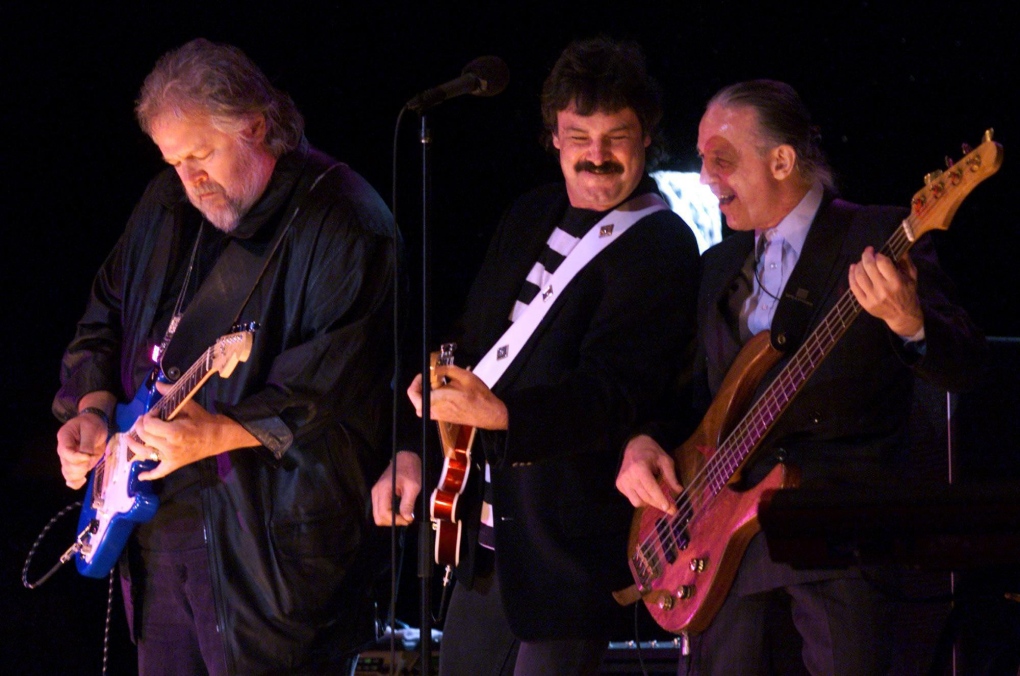 Randy Bachman, Burton Cummings, and Jim Kale (left to right) of the Guess Who belt out some tunes during the closing ceremonies of the Pan American Games in Winnipeg Sunday Aug 8, 1999.(CP PHOTO/Joe Bryksa)

WINNIPEG -- An online campaign has started to get an iconic Canadian band into the Rock and Roll Hall of Fame.

A group out of Winnipeg, called Guess Who 4 The Hall, launched the campaign Thursday with the goal of getting The Guess Who nominated for the Hall of Fame in 2021. Jenny Motkaluk, the founder of the campaign, said the idea began during lockdowns in the COVID-19 pandemic.

“It started as a conversation among music fans talking about how much music they listen to, and how grateful they were for the music in their lives,” Motkaluk said. “Naturally, being Winnipeggers, the conversation came around to The Guess Who, and the realization that The Guess Who aren’t in the Rock and Roll Hall of Fame.”

Motkaluk said she felt something needed to be done about it and launched the campaign. She said a digital sign at the Centennial Concert Hall is showing a link to the petition, and a banner is up on a building at Confusion Corner in Winnipeg.

The band has its origins in Winnipeg in 1962, as Chad Allen and The Reflections (later Chad Allen & The Expressions), and began releasing music under the Guess Who name in 1965. The band launched the careers of Burton Cummings and Randy Bachman, who both had successful solo careers after the band’s initial run. Original members have reunited on and off over the years, and a version of the band with original drummer Garry Peterson continued to record and tour in recent years.

Randy Bachman and Burton Cummings are scheduled to headline the Unite 150 concert in August 2021, under the name Bachman Cummings.

The band is best known for the songs “Laughing,” “These Eyes,” and “American Woman,” which became the first Canadian song to top the Billboard Hot 100 in the United States.

“Speaking for myself as a fan and a Winnipegger, they were the original rock and roll superstars,” Motkaluk said. “They topped the global charts in the 1970s. Their music has stood the test of time. It’s the soundtrack of a generation. And for all those reasons, we believe that they absolutely deserve a spot alongside their peers in the Rock and Roll Hall of Fame.”

The Guess Who were inducted into the Canadian Music Hall of Fame in 1987, the Canada Walk of Fame in 2001 and received the Governor General’s Performing Arts Award in 2002.

The campaign includes a change.org petition with the goal of one million fan signatures. As of Thursday afternoon, the petition has garnered over 2,800 signatures.