'The system has failed': homeless community speaks out after police evict them from camp 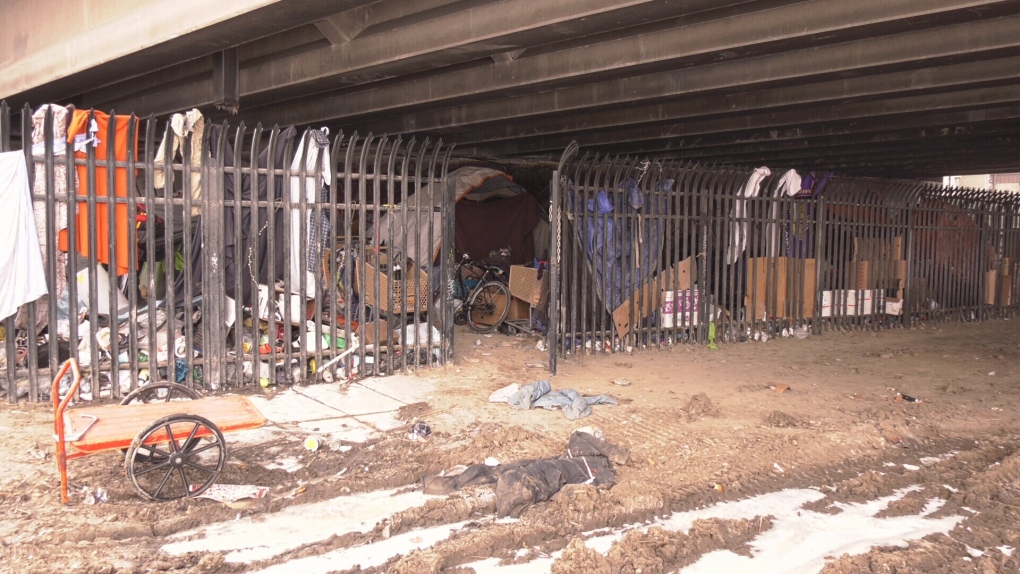 A group of people who were living under the Osborne Street Bridge are speaking out after Winnipeg police officers evicted them from their camp due to dangerous conditions caused by open power lines.

WINNIPEG -- A group of people who were living under the Osborne Street Bridge are speaking out after Winnipeg police officers evicted them from their camp due to dangerous conditions caused by open power lines.

On Wednesday evening, Kyle Landry was one of the many people living “transiently” under the bridge who was told by Main Street Project they had to move their camp by Thursday morning, due to safety concerns.

Landry told CTV News the next morning police arrived to carry out the eviction.

“It’s absolutely an intimidation tactic,” Landry said. “Do they expect us with no heat and no power to be instantly ready to go? I don’t know what they are thinking.”

When CTV News Winnipeg arrived on the scene Thursday morning, a number of Winnipeg police cruisers and a backhoe were in the area.

Police confirmed they visited the camp with representatives from the Main Street Project, adding there were dangerous conditions with the “theft of hydro and live wires running through the area.”

A power box on a hydro pole was seen open in the area, with a number of open wires jutting out of it.

Landry said the group living in the area had plugged in to get power in order to stay warm. He said their ‘makeshift’ power was unplugged in the night.

“We did have power plugged in, but I guess there was some sparking,” said Landry, who was told by the city the group was not allowed to use propane heaters as it is a fire hazard.

In October, a fire under the same bridge destroyed a homeless camp. Landry said it had nothing to do with heaters or power lines.

READ MORE: 'It's going to be hard': man who lost everything in fire at homeless camp under Osborne Bridge

Landry said Main Street Project is helping the group pack up, but they will find their own place to resettle.

“The homelessness in this city is a sickness. I don’t care what anybody says, the system has failed,” Landry said. “They keep tearing my camp down, making me move, but they don’t give me a place to go.”

Landry added for many of them shelters are not an option. He said he has a dog to help with mental health issues, but is not able to find a pet-friendly shelter.

Police said they are working with Main Street Project to provide safer options for the people who were living in the area.