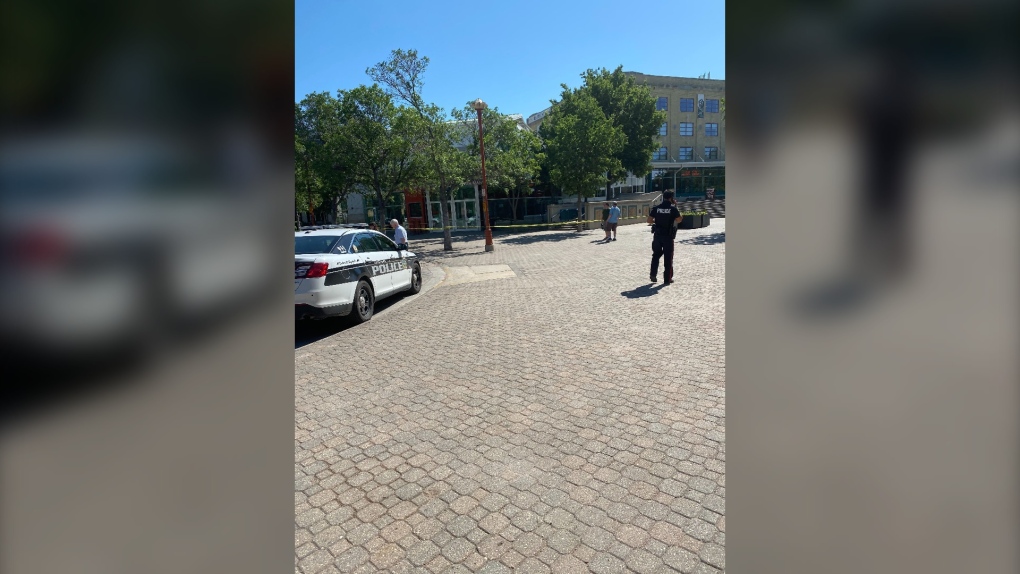 WINNIPEG -- Winnipeg police are investigating after two men were assaulted with weapons near The Forks early Thursday morning.

At 12:35 a.m. officers received a report of a man who had been shot. When they arrived, they found two men injured. Police said one man was suffering from a gunshot wound, while the other man was stabbed.

Both men were taken to hospital in unstable condition, but have since been upgraded to stable.

Police believe both men were injured near the Winnipeg sign and were able to make their way to The Forks Market building, where police were called.

A police presence could still be seen in The Forks Thursday afternoon.

The major crimes unit continues to investigate. Police said Thursday afternoon they’re still working to determine if the incident was targeted or random.