Winnipeg home goes up in flames twice in 46 hours 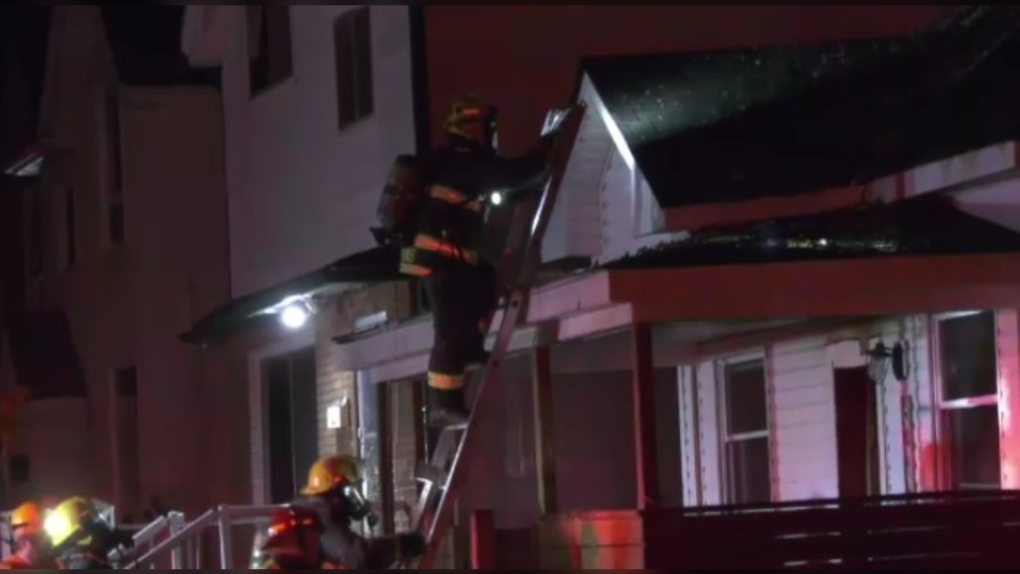 This is the second time the home on Langside Street has gone up in flames in a two-day period.

The fire was extinguished by just after 6:50 a.m. Crews searched the house and didn’t find any people inside, but they did find a dog, which they rescued. No one was hurt during this incident.

When firefighters got to the scene, they found smoke and flames coming from the house, which they extinguished by 4:55 a.m.

No one was in the house at the time of the fire, but nearby homes were evacuated out of precaution. No one was hurt.

Both of these fires are being investigated and there are no damage estimates at this time.

Early on Tuesday morning, just before 3 a.m., fire crews also responded to a house fire in the 700 block of Burrows Avenue.

Winnipeg police officers flying in the Air1 helicopter reported the fire and used an air siren to alert residents of any danger.

When firefighters got to the scene, they found heavy smoke and flames coming from the house. They extinguished the fire by 3:20 a.m.

Crews evacuated a nearby house as a precaution.

One firefighter was hurt at the scene, but didn’t need to be taken to the hospital. No one else was hurt.

The fire was started accidentally by a person improperly getting rid of a cigarette butt.