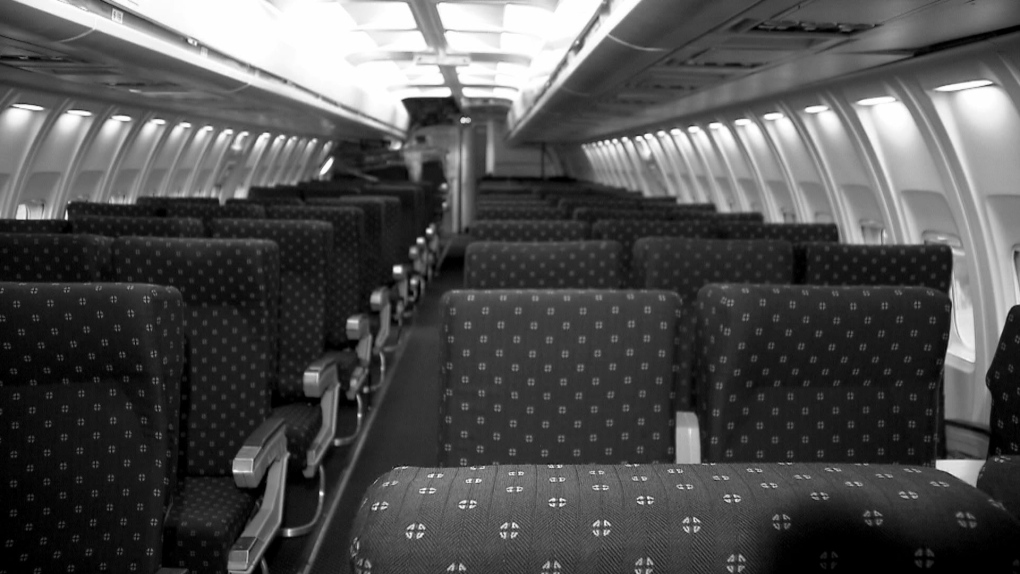 WINNIPEG -- Lucky Paras didn't have to live up to his name to get his money back from an airline. He just approached the problem from a different angle.

The 23-year-old University of Manitoba student had booked seats for himself and his girlfriend on a Swoop flight from Winnipeg to Las Vegas in May for a week-long trip with friends. But in March, the airline cancelled the flight along with thousands of others as border shutdowns and quarantine rules prompted carriers around the globe to ground most of their fleet amid the COVID-19 pandemic.

Instead of refunding his money, Swoop offered Paras a voucher valid for two years, worth $501.38, the total price of the round-trip tickets.

"I thought it was completely unfair and a little unethical," he said.

Paras attempted to reach Swoop for a refund, but said he couldn't get through on the phone and didn't receive a response to a Facebook Messenger note for two weeks. So he found another way to reclaim his money.

Paras initiated a chargeback through his Visa card provider, phoning Toronto-Dominion Bank and filing a dispute on March 31. On May 19, he got his money back.

"It's definitely a relief off my shoulders," he said, noting his part-time job at Bell MTS Place, home of the Winnipeg Jets, vanished after confinement measures set in.

A customer can launch a plausible dispute if the carrier has cancelled a flight, but not if the passenger did so, said passenger rights advocate Gabor Lukacs. But before initiating a chargeback, consumers should request a refund directly from the ticket seller -- @via telephone, email, social media or all three.

If a response doesn't come within 15 days or is rebuffed, customers can call the payment card issuer and request a chargeback on the grounds that services they paid for were not rendered.

"The burden of proof is now on the carrier," Lukacs said.

He recommends asking for a dispute adviser or an agent with a similar title in the credit card department. Clients should insist on a chargeback process even if the bank suggests the matter is between them and the airline or that the tickets were non-refundable -- an irrelevant point, Lukacs said.

"You need to be really very, very assertive."

"There is a chargeback right when services are not provided, including when they are cancelled by emergency due to government restrictions, insolvency or other exceptional circumstances," according to an online guide to dispute resolution Mastercard posted on May 1.

Customers should be prepared with documents that show proof the flight was cancelled -- usually an email from the airline, but a public statement announcing a swathe of cancellations could also suffice -- and the date and amount of the credit card charge, Lukacs said.

"There is some variation between the various credit cards," he noted. "And there are very few cases that have been decided with finality so far.

"Overall, of course the banks don't want to hold the bag for the airlines either. That may be a motivation for some Canadian credit card issuers to be less co-operative than others."

If the bank accepts a chargeback request, the merchant has 30 days to respond for a Visa payment and 45 days for Mastercard, said Eli Waldman of MyChargeBack, a global fund recovery firm based in New York City.

"It's kind of like a ping-pong match and it goes back and forth," he said. Arbitration by the credit card company, though rare, is the potential final stage of a process that can take between one and four months, he said.

"The dispute process unfortunately is very subjective, where it should be objective," Waldman said. "I often tell clients, 'Look, if you don't get the greatest outcome on the first try, hang up and call back.' As crazy as that sounds, that does happen."

Customers faced with a refund denial by a Canadian airline can also complain to the U.S. Department of Transportation, which requires any airline that cancelled flights in or out of the country to offer passengers a refund.

"I tried my private cancellation insurance and they denied the claim on the basis of the vouchers," said Air Transat customer Cathi Gibson-Gates. So she sought a chargeback from the Royal Bank of Canada on her Visa payment and received it last month. The airline has 10 weeks to dispute the repayment.

"I really feel like I was being robbed by the airlines," she said.

Back in Winnipeg, Paras agreed.

"It just doesn't make sense for us as consumers to be forced to travel as opposed to keeping that cash, because during these unprecedented times we're definitely going to need this money for basic necessities," he said.

"We don't even know when we're going to be able to travel next."

This report by The Canadian Press was first published June 4, 2020.