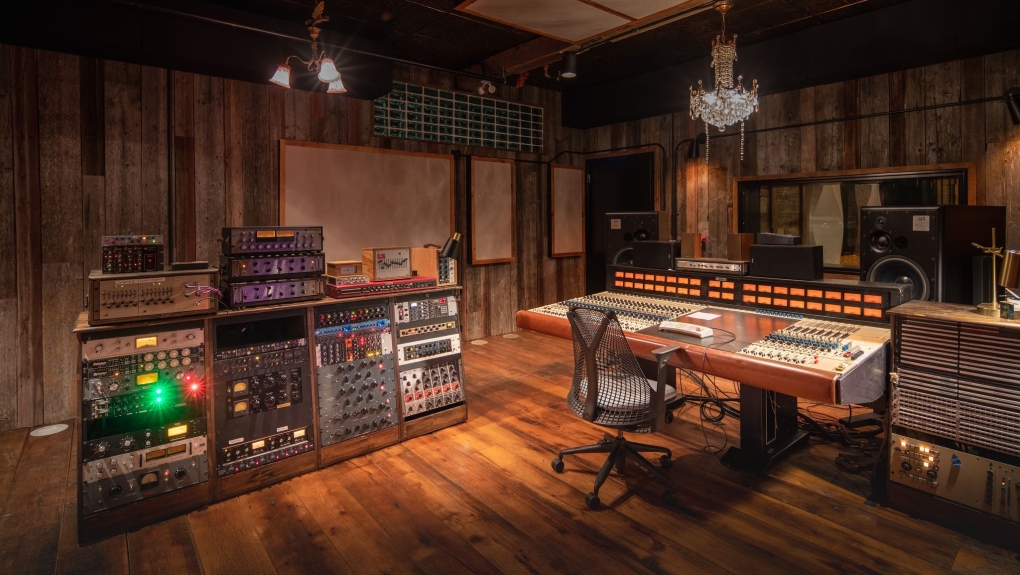 WINNIPEG -- A 300-year-old tobacco barn destined to embers, combined with I-beams from an old Manitoba rail bridge is the foundation for a new recording studio called the No Fun Club in Winnipeg.

The project brings salvaged materials new life and options for an industry plagued with pandemic uncertainties.

“I’m not sure we planned to open amongst a global pandemic,” said Rob Hill, founder and owner of the studio.

After years of planning and construction, the studio has had three soft openings, the first soon after opening its doors for the first time last spring. Then pandemic hit in earnest. Hill said it has forced him to be a little clever and nimble in the way they operate. 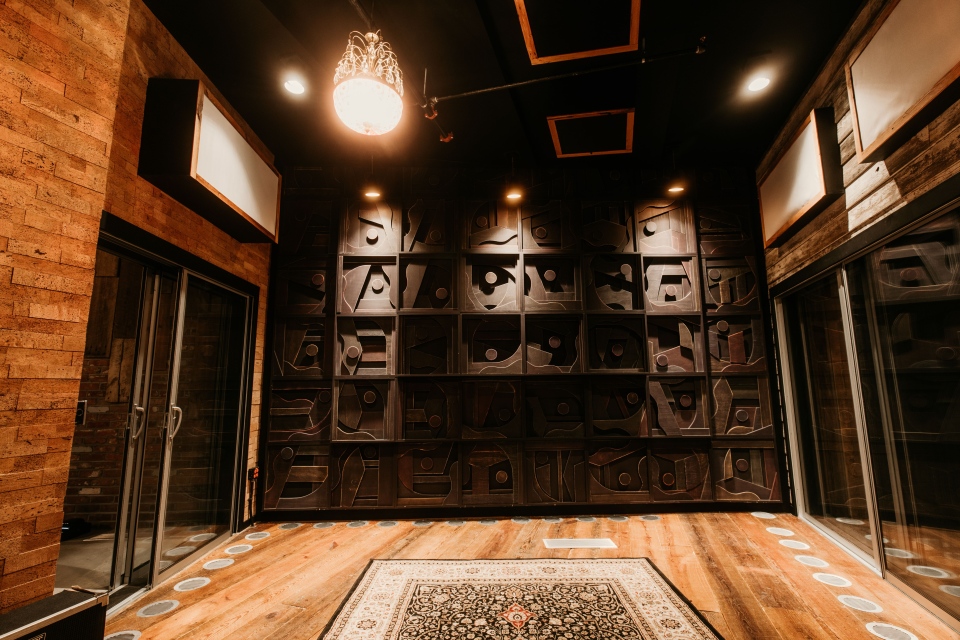 The buildings the No Fun Club calls home were largely rebuilt using reclaimed materials, with the only pre-existing components being the old foundation and exterior walls. The inside houses three distinct recording studios, all engineered to maximize acoustics, and a basement echo chamber, which could be the only one in Manitoba.

Some of the building’s materials have a long history. Hill said while cutting horses with his wife in the United States he came across a 300-year-old tobacco barn about to be demolished. When asked about the wood, the owner said the plan was to burn it. Instead, Rob hired three semi-trucks, and had 130,000 pounds of old-growth red oak transported to Winnipeg where it was unloaded by Hill and his bandmates.

“I’ve always been interested in giving materials and things a different story rather than going to the dump. This barn had been a tobacco drying barn, then a horse barn, and now it’s a recording studio,” Rob said.

The recycling concept continues with their hybrid recording technology that combines vintage consoles with modern computers, and the use of tape as a recording medium. Another flash to the past is the No Fun Club’s echo chamber, which gives new and interesting life to sounds. 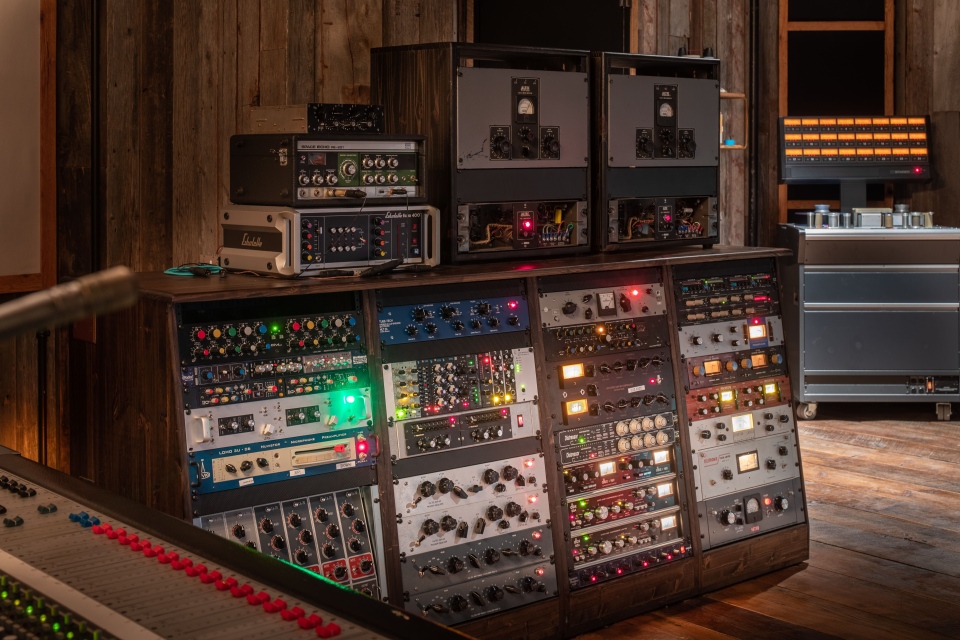 The use of a tape workflow also makes the recording process a little more immediate, according to musician Dominique Lemoine, who also works in communications and social media at the studio.

“Because you don’t have a million options like with digital, so you kind of have to make decisions on the moment, you have to be really well prepared, and sometimes that can really speed up the process and keep you fresher and more in the moment,” she said.

Navigating a new business during a pandemic can pose challenges for anyone, but is especially true in an industry battered by government-imposed restrictions. Despite forced closures, business at the No Fun Club has been okay. COVID-19 protocols are in place allowing operations to continue when legally permitted. N-95 masks are required to enter the studio, vocalists are isolated when singing, and capacity limits are in place. 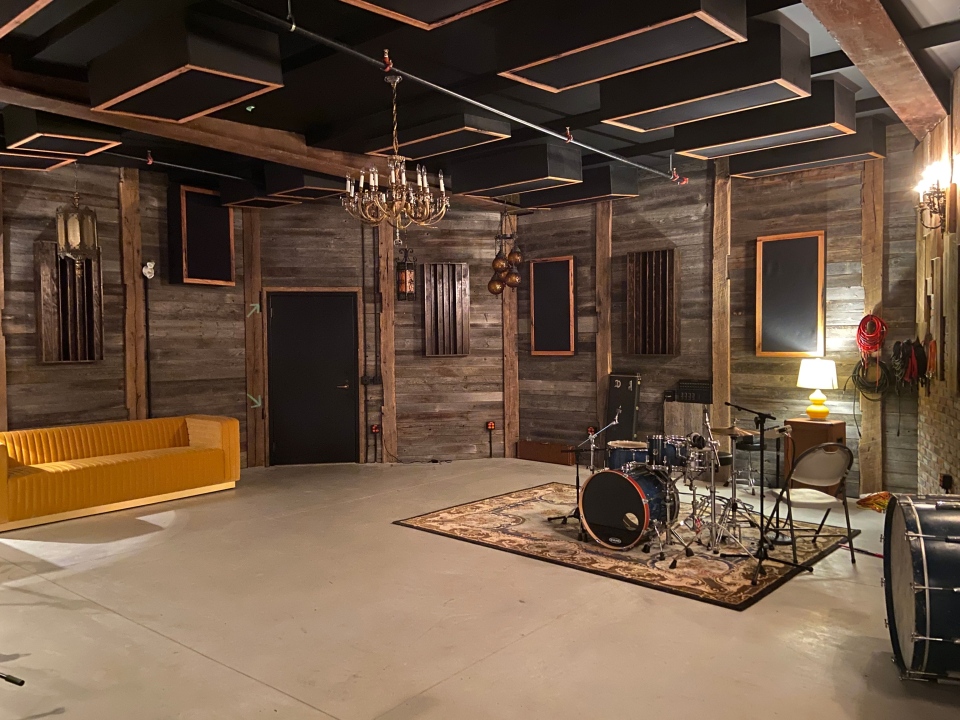 Despite the uncertain future of the music industry and no one playing live shows, Rob Hill said he is confident of a bonanza of new music post-pandemic when people start feeling safe and getting together to play music.

A pandemic silver lining was the forced downtime allowed the studio to work through its gremlins, allowing for a smoother opening. When asked if they would have done anything differently, the answer was no.

“I think there’s going to be a huge influx of COVID creativity and people wanting to express that and get that down in recorded music.”

Since opening, the highlight, according to all three No Fun Club team members, is seeing people come through the doors, and not an endless construction project.

“We’ve spent this whole pandemic getting things working, and now seeing other people getting to enjoy it, that’s been really rewarding,” said Riley.