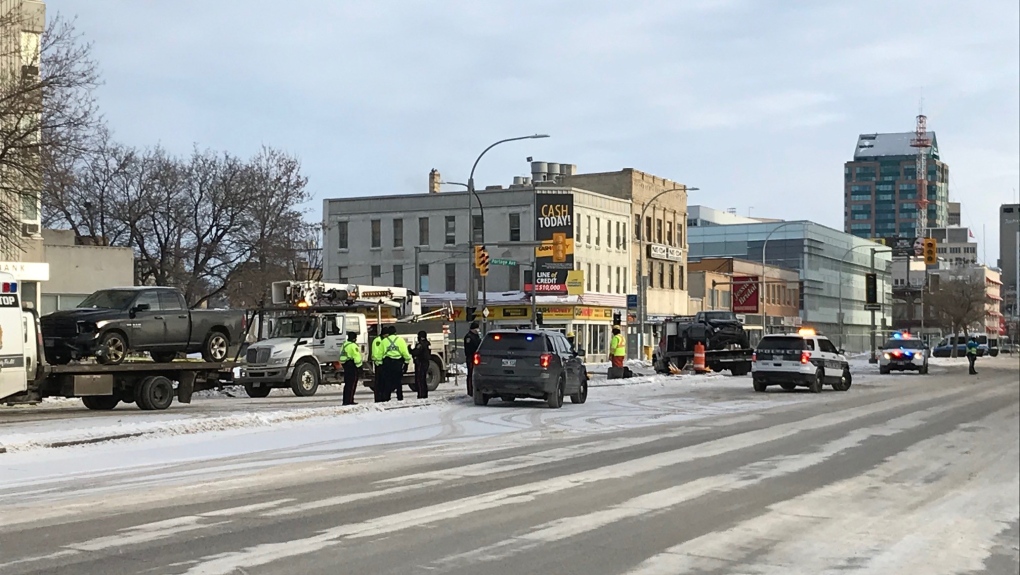 WINNIPEG -- A two-car collision that happened early Sunday morning sent one person to hospital and closed an intersection on Portage Avenue.

Police said officers were called to the intersection at Portage Avenue and Sherbrook Street at 12:30 a.m. for the crash.

Vivan Muska lives on the corner where the crash happened, she said she came outside and saw yellow tape everywhere and a truck that had been seriously damaged.

"It was T-boned, and it was all smashed on the front and on the side," said Muska. "It looked like it spun and swerved because you could see the tracks."

Muska said she saw another vehicle, but she couldn't tell how bad it was damaged.

"There was lots of police, there was paramedics, there was other emergency vehicles," she said.

City crews arrived later in the morning to repair a fallen street light.

One person was taken to hospital, but police said they have since been released.

The Winnipeg Police Service's traffic unit is continuing with the investigation.

"Somebody lost control of their vehicle totally," said Muska, "Because there were pieces smashed everywhere."