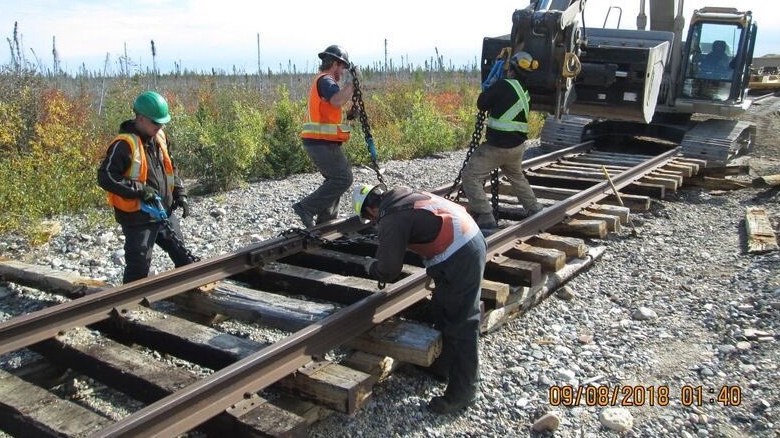 Work is beginning at Gillam and crews are making their way north to Churchill. (Source: Arctic gateway Group)

Work is underway along the Hudson Bay Rail Line to repair damaged tracks in between Gillam and Churchill.

About 20 sections of track were washed out during a flood in May 2017, shutting down ground transportation to Churchill, Man., a northern town with a population of about 900 people.

On Wednesday, Arctic Group Director Murad Al-Katib told CTV News the repairs began Sept. 5. He said work is beginning at Gillam and crews are making their way north to Churchill.

“Fixing rail beds, reinforcing the base and reconstructing the tracks repairs starting at Gillam and going north to Churchill,” he said.

Arctic Gateway Group is owned by First Nations and northern communities in Manitoba along with Fairfax Financial Holdings and AGT Food and Ingredients.

The owners of the rail said when the deal was finalized they hoped repairs would be complete before the winter freeze-up.

One online post from the group said work on the rail line is continuing seven days a week.

A precise timeframe to complete repairs has not been confirmed.

“Every day they work. Crews staying at site in camps … As we have ongoing assessments of washouts and scope of work is fluid and complex,” said Al-Katib.