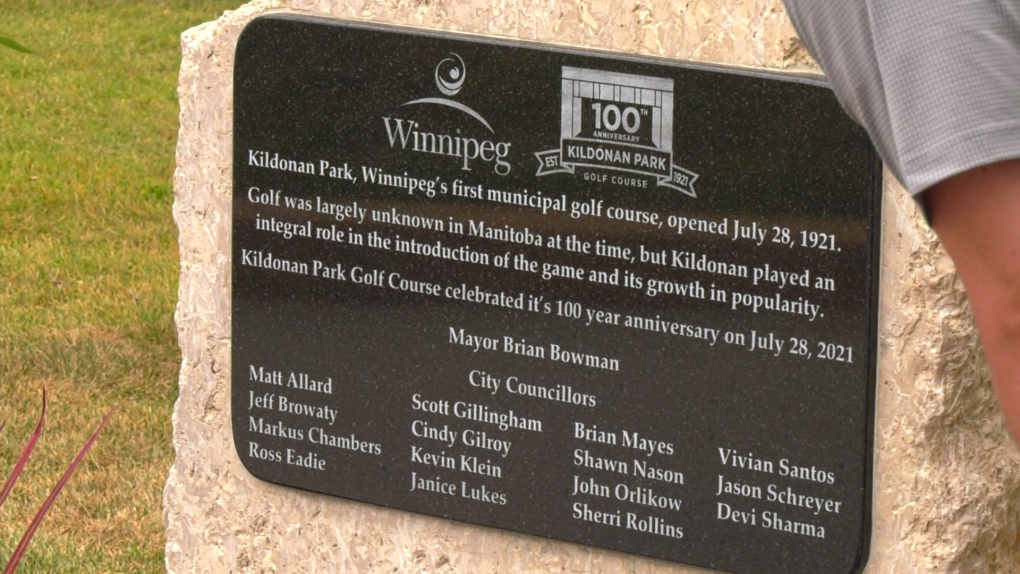 Winnipeggers have been hitting the green at Kildonan Park Golf Course for a century.

The oldest golf course in Winnipeg celebrated the 100-year milestone with an event at the course's first hole Wednesday.

"It was opened on June 9, 1921. It is credited with playing an integral role in the introduction of golf as a recreational activity here in the City of Winnipeg," said Mayor Brian Bowman.

Bowman said it is remarkable that the course is able to reach this milestone and he credits the "condition and character" of the course for its longevity.

"It remains a jewel for local golfers and a real sense of pride for our community."

Bowman added golf is a great activity for people of any age to take up, noting it helps to teach discipline, how to follow a set of rules and patience.

Since the pandemic started, golf increased in popularity the city had previously told CTV News. Kildonan Park Golf Course had an extra 6,000 rounds played in 2020 compared to 2019 according to the city and now it is on pace for 41,000 rounds in 2021.

The city unveiled a brand new plaque at the course to commemorate the centennial anniversary.

"To celebrate the 100-year anniversary, the city will be offering green fees until Friday, Aug. 6, at a special anniversary green rate fee of $19.21," said Bowman. "I encourage Winnipeggers to get out, experience the gem of a golf course."