'It's a big part of my life': Man inside Boomer costume for Bombers marks 33 years 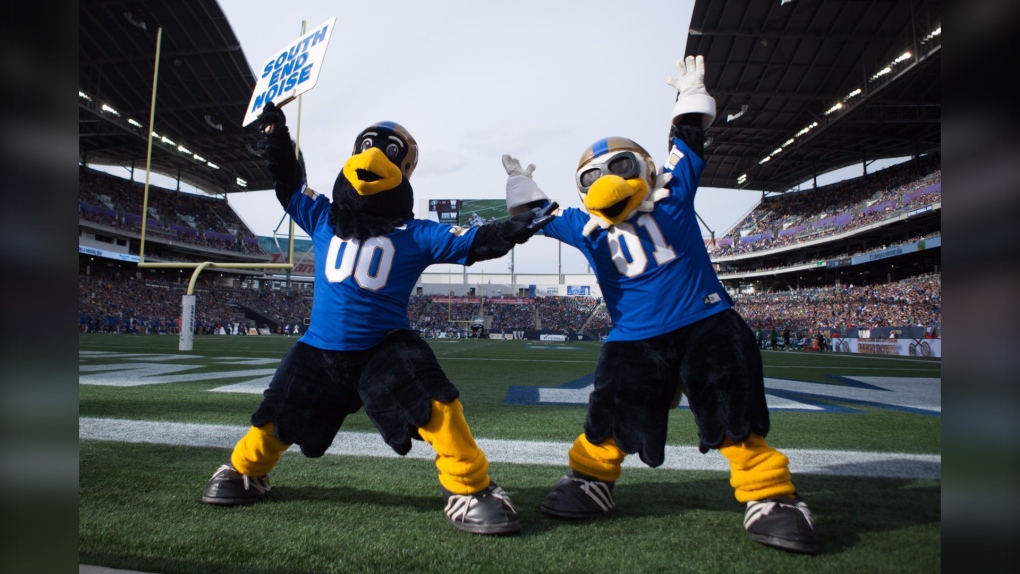 WINNIPEG -- The man behind a famous Winnipeg Blue Bomber is marking a milestone with the team.

This year James Deighton, better known as the mascot Boomer, is putting notch number 33 on his belt.

Deighton first donned the Boomer costume in 1989 and never imagining he would be in it as long as he has.

"I was only supposed to actually wear the costume for one year to fill in for someone that was injured," said Deighton, who is the mascot coordinator and part of game day production.

He said the previous year he was the other mascot Buzz and got to be part of the Grey Cup winning team.

Deighton referred to his career as Boomer as a rollercoaster - taking the wins and losses just like the players would. He said his favourite part of the gig is always getting ready for game day and being able to be around the fans.

"It is the main reason why I do this. I find that there is no other feeling around that I could say even comes close to arriving to the stadium on game day. Understanding the fans, the passion of the game live, the excitement.

"That's what keeps me going. There is a lot of passion, it's interesting, it is something new all the time, and, of course, the joy of winning and the heartbreak of losing. Those are all emotions that I really find are hard to get anywhere else in life."

Being Boomer has kept Deighton busy as the mascots make 120 to 180 appearances a year. When asked what his favourite memory has been throughout that time, he said it has to be the most recent memory, winning the Grey Cup in 2019.

"I just remember the feeling before the game just hoping this was the one. I almost remember every second of that game, to be honest with you. Then coming back to Winnipeg and having some of the best parties for our fans, whether it was a family party or the social we had. The turnouts were fantastic."

He said the peak of that memory was the Grey Cup parade.

"The 2019 celebration hit me hard. I almost had a man cry coming around the corner. I was so overwhelmed with emotion that we were able to do this after 29 years and share it with these fans."

Since that time, the pandemic has made it difficult for Deighton as he misses being able to attend games but he is looking forward to when they can hit the field again.

"It's a big part of my life and I can't wait to get back on the field and get that game day feeling back again, as well as the promotions. Get back out into the community and then start to engage with the fans."

He said he can't wait to finally get started again as he has such a passion for his job and taking the year off has been hard.

When Deighton is allowed to get back on the field, he said he has taken on a bit of a different role with the club as he now handles game day production and is charge of a team of six to eight people for the mascots.

He said he is weaning himself off being inside the Boomer suit but he does not plan on going anywhere soon.

"I don't know what it would be like to wake up one day and be completely retired from what I do. I love it that much. So I'm not ready for that yet."