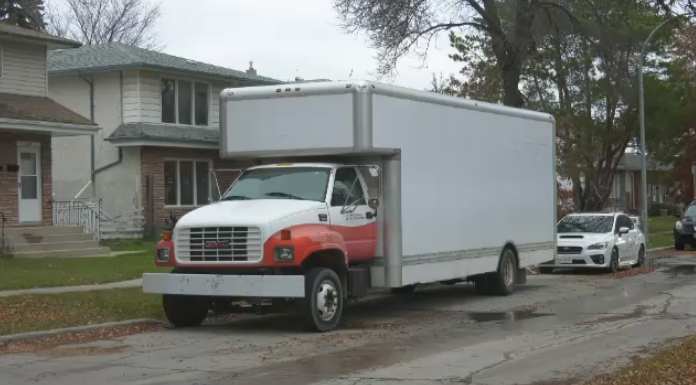 The homicide unit is investigating after a man was found dead underneath a cargo-style truck on Clyde Road. Oct. 25, 2022. (Source: Joseph Bernacki/CTV News)

The homicide unit is taking over an investigation after a man's body was found underneath a truck Monday morning in the city's northeast.

Police said officers and the Winnipeg Fire Paramedic Service and officers were called to the 130 block of Clyde Road at around 9:45 a.m. for reports of an injured man who was underneath a U-Haul/cargo-style truck.

Once on scene, emergency crews determined the man was dead and the homicide unit was called in to take over the investigation.

Police identified the man as 35-year-old Lionel Sherwin Colombe. His death is the 42nd homicide in the City of Winnipeg in 2022.

The homicide unit is asking for the public's assistance and if anyone has a home surveillance system, they are being asked to review it to see if it could help investigators. Information can be shared by calling police at 204-986-6508 or Crime Stoppers at 204-786-8477.