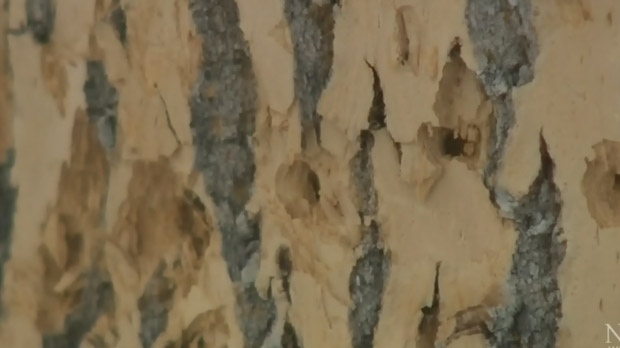 City forester Martha Barwinsky said an emerald ash borer infestation can be difficult to detect, but it’s believed that the confirmed case isn’t the only one.

The city’s forester said while it’s too soon to tell for certain, it’s believed the emerald ash borer beetle has infested a couple of other trees in addition to one positively identified in St. Boniface, and a more detailed search is coming.

The city confirmed the highly destructive beetle had made its way into Winnipeg earlier this month.

City forester Martha Barwinsky said the city has been working with biologists from the Canadian Food Inspection Agency and the Manitoba Sustainable Development’s Forestry Branch to survey trees from the ground and by vehicle.

She said about 30 people took part in the survey, which served as a training exercise for staff.

Barwinsky says protocol is to conduct a survey in a 500 metre radius around a confirmed infestation, but they chose to expand the survey to a one kilometre radius to see how far the infestation has gone.

She said an emerald ash borer infestation can be difficult to detect, but it’s believed that the confirmed case isn’t the only one.

The next step is to review information in January. That’s also when the Canadian Forest Service will arrive in Winnipeg to conduct a deeper investigation that will involve sampling branches by taking them to the city’s operations yard to look for larvae and larval tunnels.

Barwinsky said more of the riverbank area will be surveyed.

She also said there’s been no evidence of the beetle found in other areas of the city, but they want private arborists trained to be able to spot signs of infestation so the city can be alerted.

When it comes to determining how to protect trees, Barwinsky said a better survey is needed, and that the forestry branch will submit recommendations to city council, hopefully by February.