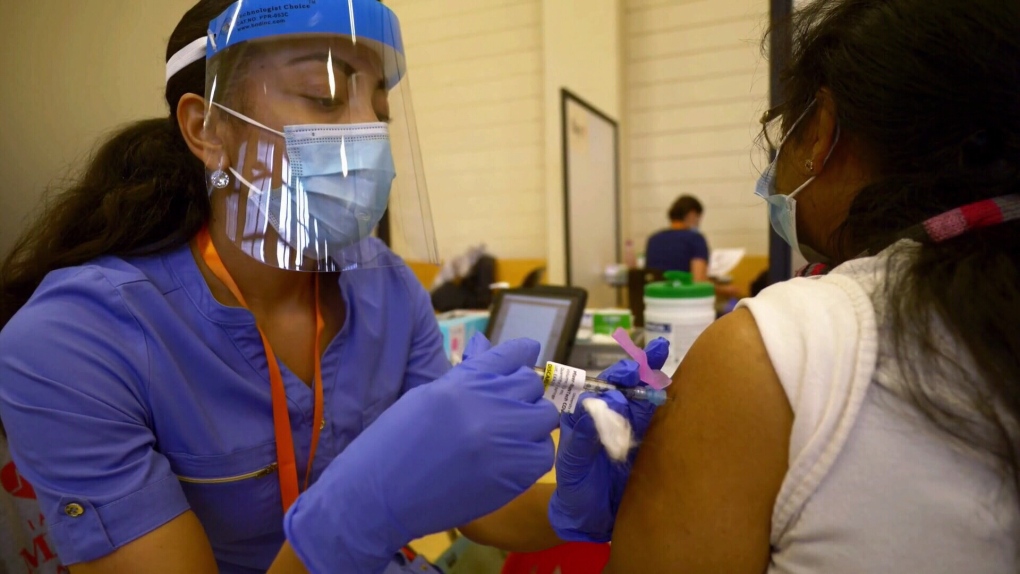 A new video series featuring Manitoba doctors is looking to clear up misconceptions and answer questions about COVID-19 in the province's ethnic communities.

Ryan Funk, a communications specialist with U Multicultural, told CTV News the series aims to talk about controversial COVID-19 vaccine and immunization questions.

"What we've seen in the Manitoba data is that people who identify as BIPOC (Black, Indigenous, and People of colour) or lower socioeconomic status are associated with an increased risk of contracting COVID-19 and severe disease or death from getting a COVID infection," he said.

Funk said including doctors from a variety of Manitoba's ethnic groups was important for the series.

"So doctors with diverse backgrounds are just a familiar face for many of these diverse communities. They see someone they know and can trust."

According to Funk, a large part of the series is sharing meaningful statistics, scientific data and facts to educate.

"Getting this information out there, especially correct information to fight against disinformation, can provide them with the tools they need to make informed decisions to make the best choices for both them and their families."

Doc Talk Manitoba will be released on U Multicultural's web platform, television stream, social media, and shared with local community FM stations to reach as many people as possible.

"Just so whenever someone looks online, YouTube, social media, radio stream, podcast service, it is available for them to hear in whatever means they find easiest," said Funk.

More information on the series can be found on U Multicultural’s website.