No injuries after fire at multi-family home 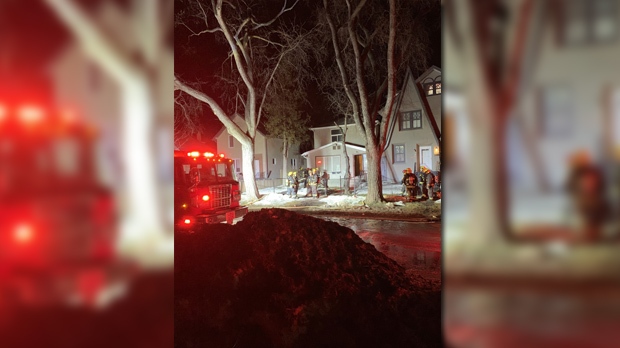 The Winnipeg Fire Paramedic Service responded to reports of a fire around 11:20 p.m. (Source: Keegan Driedger)

No one was injured in a fire at a multi-family home in the 400 block of Manitoba Ave. on Friday.

The Winnipeg Fire Paramedic Service (WFPS) responded to reports of a fire around 11:20 p.m. After arriving on scene they were able to quickly get the fire under control.

The suite where the fire occurred suffered significant fire, smoke and water damage. Three other suites in the home were not damaged.

WFPS say residents all four suites had self-evacuated prior to their arrival and no injuries were reported.

After crews ventilated the smoke from the building the occupants from the three suites that were not damaged were able to return.

The cause of the blaze is under investigation.