Second swarming in under a month at Winnipeg liquor stores 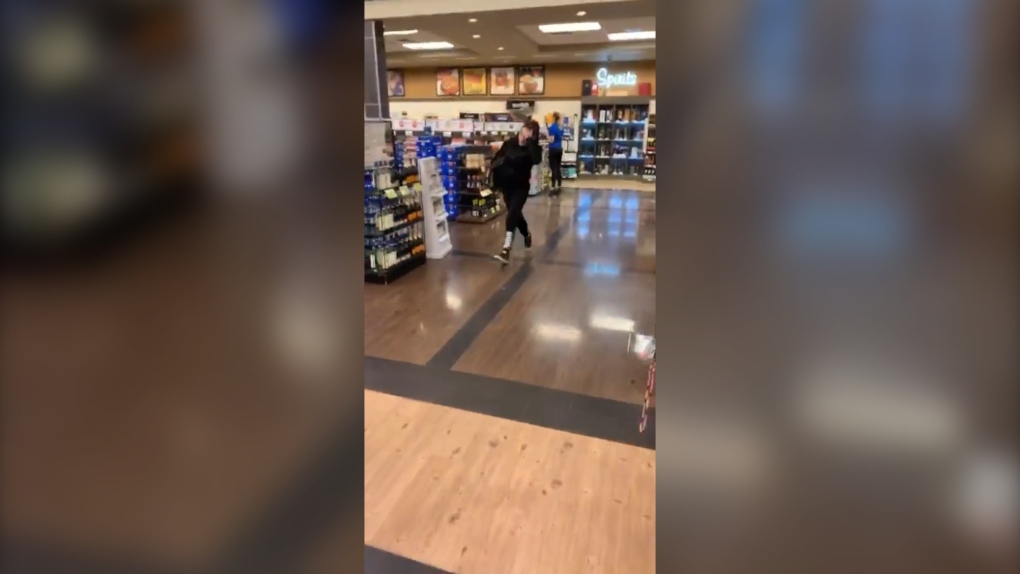 For the second time in under a month, a swarming at a Winnipeg liquor store has caught the attention of Winnipeg police, Manitoba Liquor and Lotteries, and residents in the city.

A video posted online Saturday, which has since been taken down, showed several people walking out of the Liquor Mart on Pembina Highway near the University of Manitoba, with large amounts of alcohol.

The incident happened on Saturday around 6:00 p.m.

In an email to CTV News Monday, the Winnipeg Police Service said in part: “We are aware of this video and continue to work with Manitoba Liquor & Lotteries to combat the theft issue.”

Police have not released any other information about the incident.

This is the second time in under a month an incident like this has occurred. In late September, police made five arrests in connection to a swarming at a Liquor Mart on Keewatin Street.