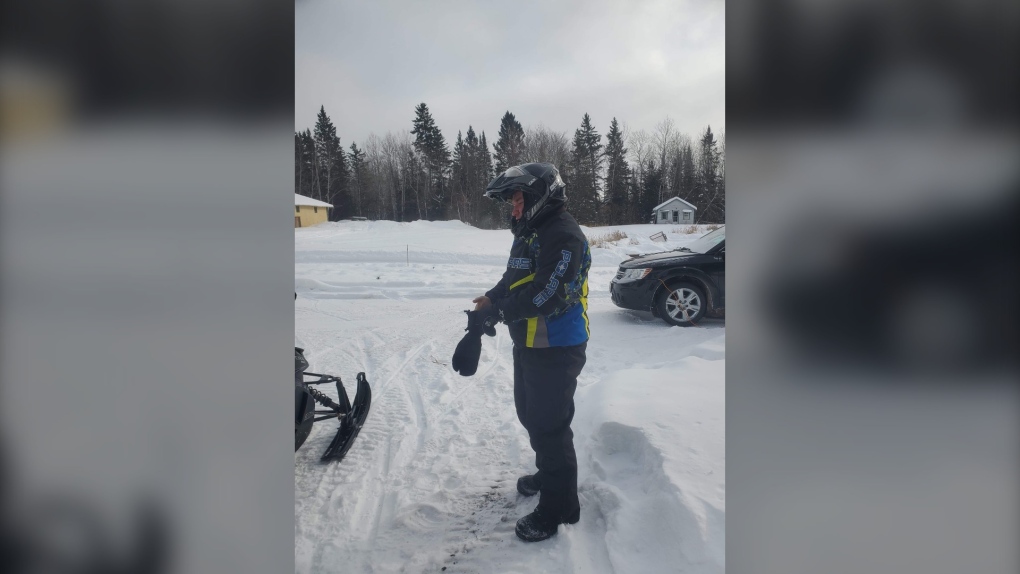 A photo of Danny LeMay who went missing after snowmobiling on Sunday evening. (Source: Facebook/Jason Dyck)

WINNIPEG -- Search and rescue parties are combing through the backcountry of the Whiteshell Provincial Park after a Manitoba man went out snowmobiling on Sunday evening, but did not make it back home.

Wayne LeMay told CTV News his brother Dan has been missing since Sunday evening. Wayne said his brother had gone by snowmobile to Rennie to pick up his snowmobile that had broken down the day before.

"The last contact with him was at 9:30 in the evening," Wayne said. "He went out on his own. We do know that he did report being lost, he didn't know where he was.

The RCMP said the 50-year-old man went out snowmobiling in the park around 5:30 p.m. on Sunday evening. Around 11:30 p.m., Mounties received a report that the man was overdue.

The RCMP Search and Rescue team, along with searchers from the Office of the Fire Commissioner, were out looking for LeMay in the Whiteshell Provincial Park.

RCMP said a plane was up looking for the man but did not have any further updates.

"We're just trying everything we can to help search and rescue do their job," Wayne said. "What we are really needing is sledders who are very experienced with the backcountry out here in this particular area."

Wayne said they have finished searching all the major trails and are now looking at the backcountry trails.

Wayne said this was not his brother's first time out on a snowmobile but said there is lots of space in the backcountry.

He said he is amazed and impressed by the response from Manitobans, who have offered to help out.

Those who are able to help can register with the search and rescue command centre at the Pinewood Lodge.

More information can be found here: Search called off for missing snowmobiler in Whiteshell Provincial Park