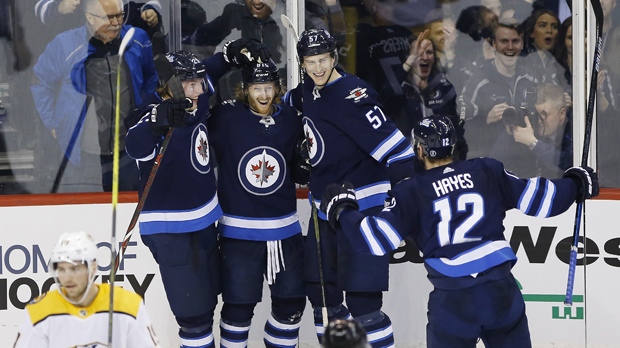 A new study by Probe Research found Dustin Byfuglien is Manitoba’s most popular member of the Winnipeg Jets and nearly all Manitobans follow the team’s progress.

According to a news release, Probe asked Manitobans to rank their top two favourite Jets players.

Byfuglien topped the list with 25 per cent of respondents saying the blueliner is their favourite player and another 12 per cent saying he’s their second choice.

The survey also classified Manitobans in terms of the level of their Jets fandom.

Approximately 12 per cent of Manitobans are diehard Jets fans who live and breathe everything associated with the team, while 33 per cent follow the team closely.

Another 49 per cent of Manitobans don’t follow hockey closely but are aware of what’s happening with the team.

Seven per cent are completely tuned out, agreeing that “you couldn’t pay them” to watch a Jets game.

Nearly two-thirds of Manitobans strongly or moderately approve of using city and provincial dollars to cover security and other related costs, with one-third opposed.

The Probe Research survey of 1,000 Manitoba adults was conducted online between April 12 and 17. An online survey is a non-probability sample, so no margin of error can be ascribed.