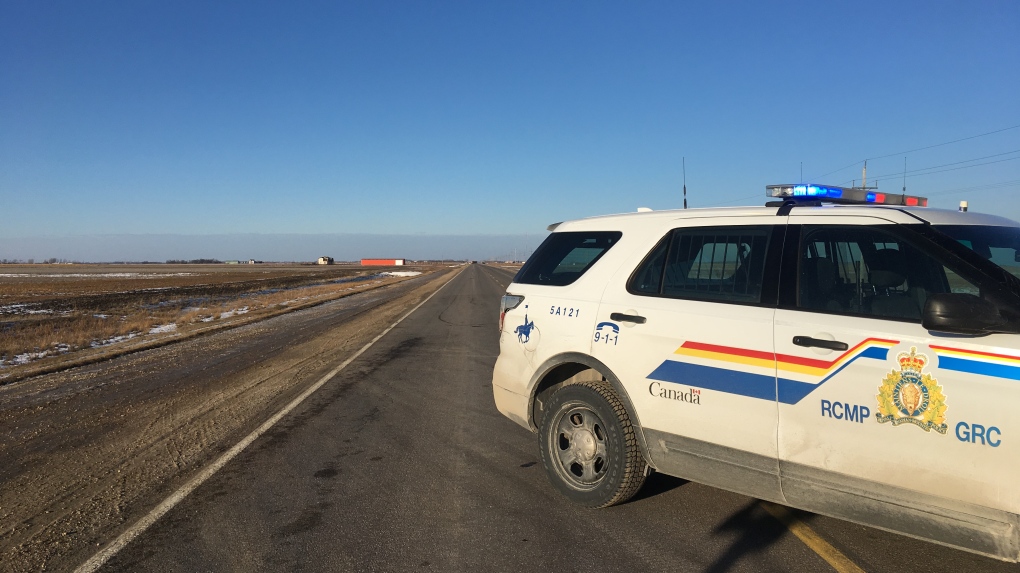 RCMP said around 12:30 p.m. officers were called to a crash between a passenger vehicle and a school bus at the Otterburne turnoff on Highway 59. (Submitted: Zachary Kitchen)

WINNIPEG -- A 16-year-old boy seriously hurt in a crash between a car and school bus on Tuesday is now in stable condition in the hospital.

The teenager was the driver of a car that collided head-on with a school bus around 12:30 p.m. on Highway 59 at the Otterburne turnoff.

RCMP say the school bus was northbound at the time and returning from an outing. It was carrying a driver, three adult passengers and 17 students, aged 5 to 8 years.

Police say the driver of the bus noticed the other vehicle enter his lane, and attempted to veer to the right to avoid the collision.

The vehicle hit the driver’s side front corner of the bus.

The teen at the wheel of the other vehicle was taken via STARS to hospital in Winnipeg, having what police said were serious but not life-threatening injuries.

Earlier, a spokesperson for the STARS service described the youth’s condition as critical.

He is currently in stable condition.

Several children and one adult suffered minor injuries and were taken to hospital for examination.