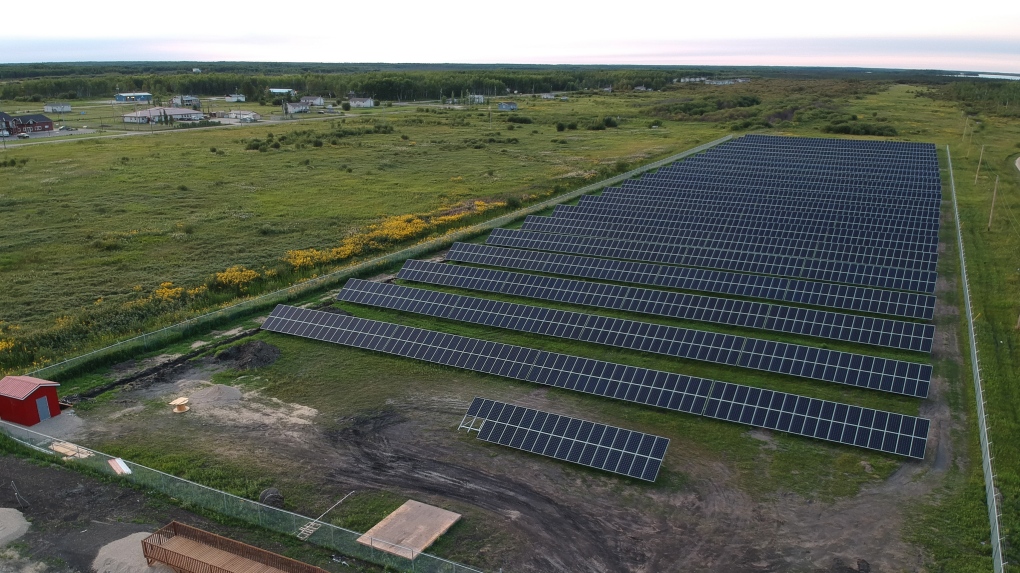 WINNIPEG -- A seven acre solar power farm in Manitoba is officially up and running in Fisher River Cree Nation.

The first nation says it’s the largest in the province, and the first Indigenous-owned utility scale solar farm in Canada.

Fisher River Cree Nation Chief David Crate said the development of the project is another step in generating revenue for the community. He said the farm has given the community a bigger sense of empowerment and pride.

Over the next 30 years, the 3,000 panel seven acre solar farm will be selling power to Manitoba Hydro. 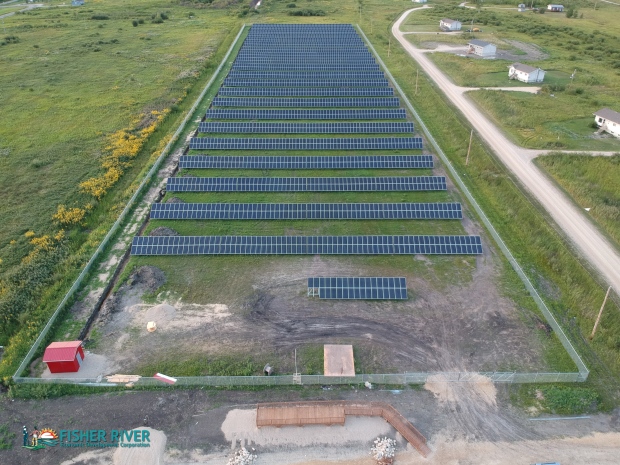 “We trained I believe 11 individuals in solar installation. So it created a sense of pride also for individuals that were able to take the training and learn the trade,” said Crate.

He said there’s endless possibilities to develop more green energy projects, which means more jobs and revenue for the community of 2,000 people, about two hours north of Winnipeg.

“What it does for Manitoba is it lessens the environmental impact,” he said.

Crate added they have also been sharing their success stories with other first nation communities and hopes they will join in on the production of green energy. 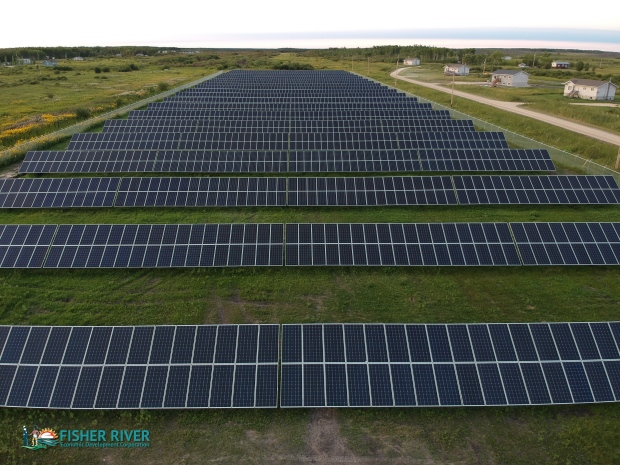 “What we are trying to create is a discussion. Not only with first nations, but other communities, that it is feasible to undertake these large scale projects,” he said.

W Dusk Energy Group Inc. is an Indigenous-owned firm and partnered with Fisher River to help develop the solar farm. President David Isaac said they finished way ahead of schedule.

“They were actually able to build and install all the panels in less than a week, it was incredible. In fact it was a bit of an issue because we had given ourselves a month. They did it so fast and were so efficient that it caught us off guard,” said Isaac.

He added the speed created a lot of buzz in the solar community and can help create a standard for Indigenous communities. He said a project like this can easily power 250 to 350 homes.

Crate said the project took more than three years to come to life and cost $2.2 million. He said Western Economic Diversification Canada was a major funder of the project and gave them $1.2 Million. He added while this is new to Manitoba, projects like this can be easily duplicated in other communities.

Looking ahead, Crate said they want to link it to their educational system and foster more interest in green energy development.