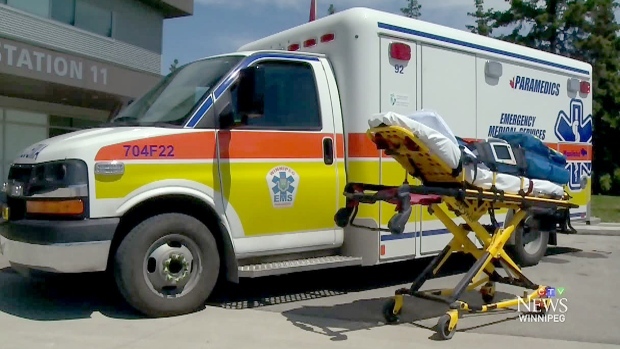 Currently, the city provides the service and bills the province. The two sides are now in negotiations for a new funding deal which is past due.

“In addition to a number of other resources such as additional community paramedic units,” said Lane, adding the need was expressed to Manitoba’s Shared Health a year ago.

Because of the expense required for more ambulances and paramedics, the United Fire Fighters of Winnipeg (UFFW) said now is the time to transfer the paramedic service to Shared Health.

In a letter, the UFFW said the province is in a better position to deliver a request related to health.

“...The unions involved in this issue have spoken in support of the transition of ambulance services to the province, and several times a central hub option has been repeatedly suggested," the letter reads.

In 2018 the province announced a plan in rural Manitoba to close low volume EMS stations in favour of centralized ones staffed around the clock.

A December 2017 city report said a transfer could impact 350 jobs, depending on how the province provided the service.

A spokesperson for Shared Health said it is committed to negotiating a new funding deal with the city to improve service and increase capacity.

“Any conversation about alternate service models are both premature and speculative. We remind Winnipeggers that patients who require emergency assistance continue to receive excellent EMS care...”