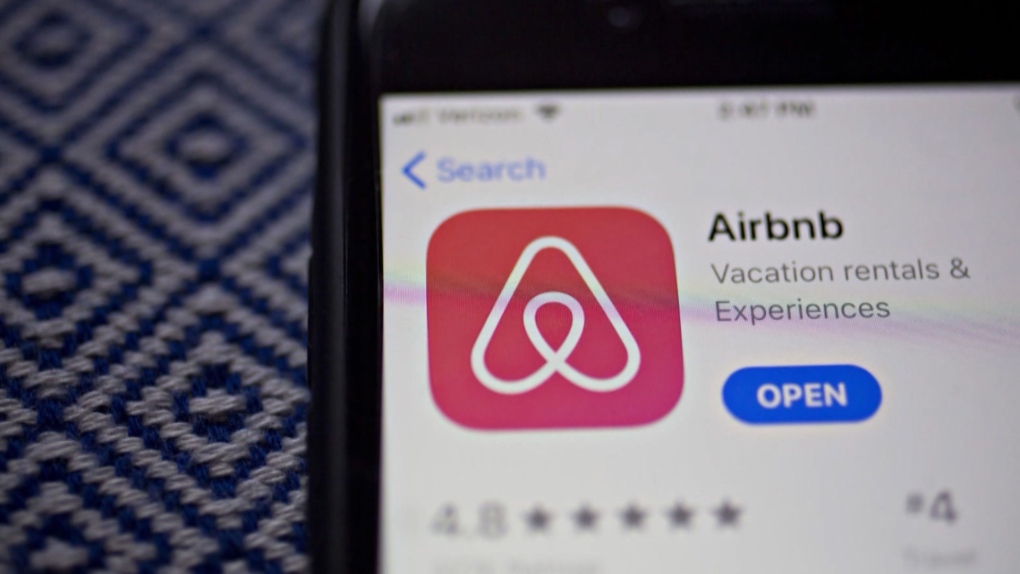 The AirBnb App is pictured in a file photo.

WINNIPEG -- A city councillor wants to “level the playing field” in Winnipeg between the hotel industry and short-term rental companies.

Currently, companies like Airbnb Inc. aren’t subject to the same taxes and regulations as hotels. Councillor Markus Chambers is asking the city to review its accommodations tax by-law to include the short-term rental industry.

“They are providing, substantively, the same services,” Chambers said.

Since 2008, hotels in Winnipeg have paid a five per cent accommodations tax every month based on their total bookings. Chambers said the tax money supports the tourism industry through Economic Development Winnipeg.

Chambers wants the booming short-term rental industry—which saw local revenue jump from $1.5M in 2015 to $16M in 2018—to pay its share.

“These are all good things to boost revenue and our economy here in the city,” Chambers said.

Chambers said Toronto introduced an accommodations tax in January and noted other jurisdictions are looking into similar measures.

Chambers explained the motion isn’t just about collecting taxes but to ensure standards and practice are maintained. He said he’s received calls from area residents who are suddenly living next door to an unregulated business.

“This is not what they signed off for when they purchased their home,” Chambers said. “So, it is about that neighbourhood livability issue that we’re trying to address as well.”

Chambers cited noise, safety and security concerns have all come up in conversations with residents.

“If you have a neighbour, then you can go over and talk to him,” Chambers said. “But in this situation, where the individual doesn’t have an investment in that neighbourhood, it creates that problem.”

Chamber said regulations could include guest-screening practices, capping the number of days a property can be rented each month, and only allowing primary residences to be used as short-term rentals. Chamber used condos in downtown Winnipeg where owners rent out multiple suites as an example.

“Again, it’s a situation where you can’t have that conversation with your neighbour to control the amount of noise or partying that’s going on.”

Chambers isn’t against people making money through the short-term rental industry but said it needs to be done in a way that doesn’t distract what the rest of the neighbourhood is doing. He said if the motion moves forward, they’ll include all invested parties in the conversation.

“We will have robust consultation with the industry, with those that are stakeholders, and ensure we can come up with a fair solution for everybody,” Chambers said. “But also recognizing the needs of those who have made those investments that are living in our communities, and want to have safe, enjoyable communities to live in."