Winnipeg's ash trees to die within next 20 years: City 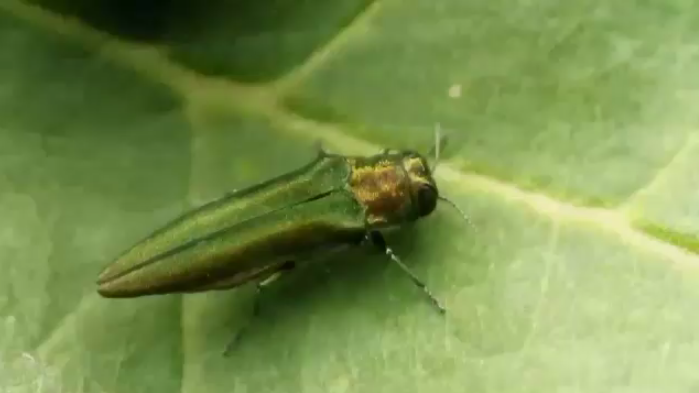 An emerald ash borer is shown in this file photo.

WINNIPEG -- Starting Monday, the city will begin treating ash trees to kill emerald ash borers, but says even that likely won't be enough to keep them alive beyond the next two decades.

Weather permitting, the City of Winnipeg's Insect Control Branch, will be spraying Monday to Friday from 6:30 a.m. to 5:30 p.m. until late July.

For the third straight year, the city also be injecting ash trees with insecticides capable of killing emerald ash borer larvae inside the trunks.

"It's important to be proactive in slowing the mortality of our ash trees," said Kerienne La France, supervisor of urban forestry technical services, in a news release. "We are selecting the best of the ash trees on public property for these injections, so we get the best value out of the treatments."

It's a temporary fix to help preserve the healthy part of our urban tree canopy.

"Winnipeg's character and identity are largely shaped by our urban forest and the detection of this new invasive species has placed our urban forest under even greater threat," La France said.

While only healthy ash trees are being treated, the city anticipates that all of Winnipeg's ash trees will eventually succumb to the beetle over the next 10-20 years.

The city said these treatments temporarily preserve the healthy portion of the urban canopy and allows it to proactively manage tree removals.