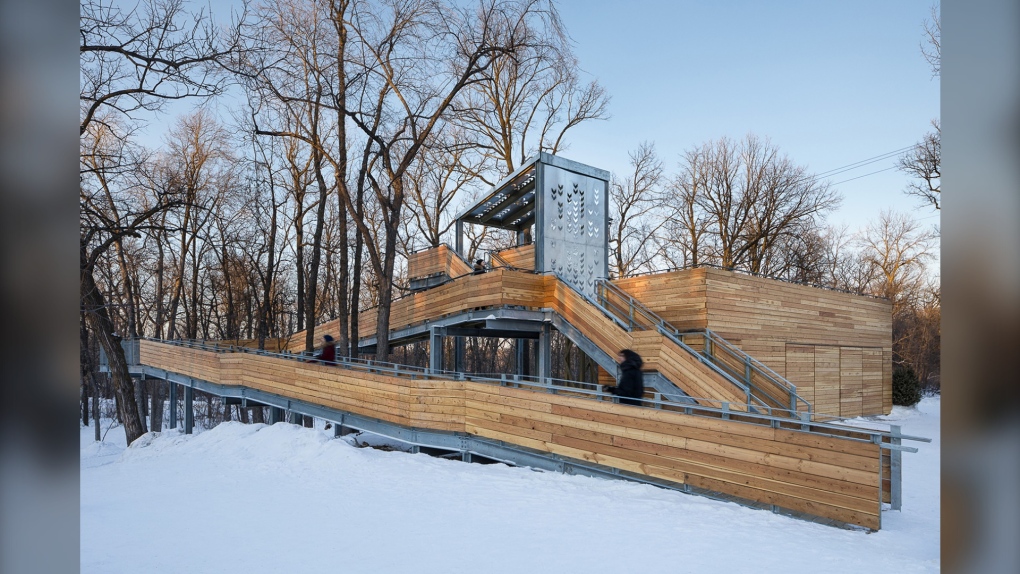 A photo of the Manitoboggan on the Public City Architecture website. (Source: Jacqueline Young of Stationpoint Photographic)

According to the City of Winnipeg, the Bronze Award recognizes structures with functionality, strong architectural design and sustainability, and the Distinction Award is for sport and leisure facilities that give people the opportunity to participate in sport without barriers.

The slide features a treetop lookout, two toboggan slides, an accessible ramp and a four-season shelter.

Manitoboggan was designed by Public City Architecture and opened in 2017.

However you can’t go see it yet. St. Vital Park is one of several city parks that remains closed following the snowstorm on Thanksgiving weekend.