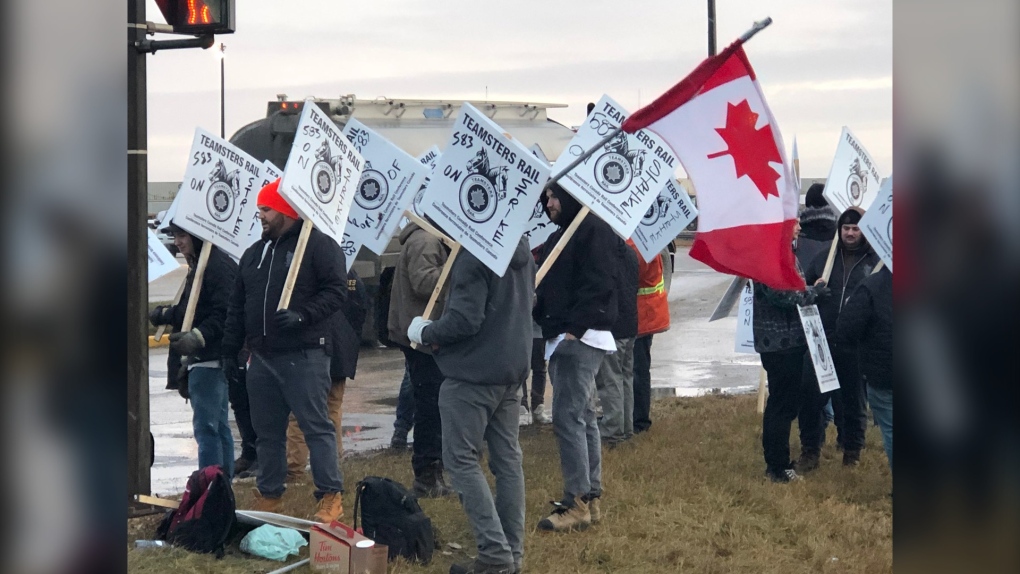 WINNIPEG -- A group of Canadian National Railway employees are picketing in Winnipeg on Tuesday morning, as more than 3,000 of the company’s workers went on strike.

The workers are picketing in Winnipeg near the Symington Yards at Lagimodiere Boulevard and Maginot Street.

Conductors, trainpersons and yard workers went on strike after the union and company were unable to reach an agreement by the deadline at midnight. The union, Teamsters Canada Rail Conference, which represents about 3,200 CN workers, gave the 72-hour strike notice on Saturday.

Union spokesperson Christopher Monette said they are in talks with the company in hopes of reaching an agreement and ending the labour dispute soon.

CN employees have been without a contract since July 23 and are concerned by long hours, fatigue and what they say are dangerous working conditions.

On Friday CN confirmed it’s cutting jobs across the railway.