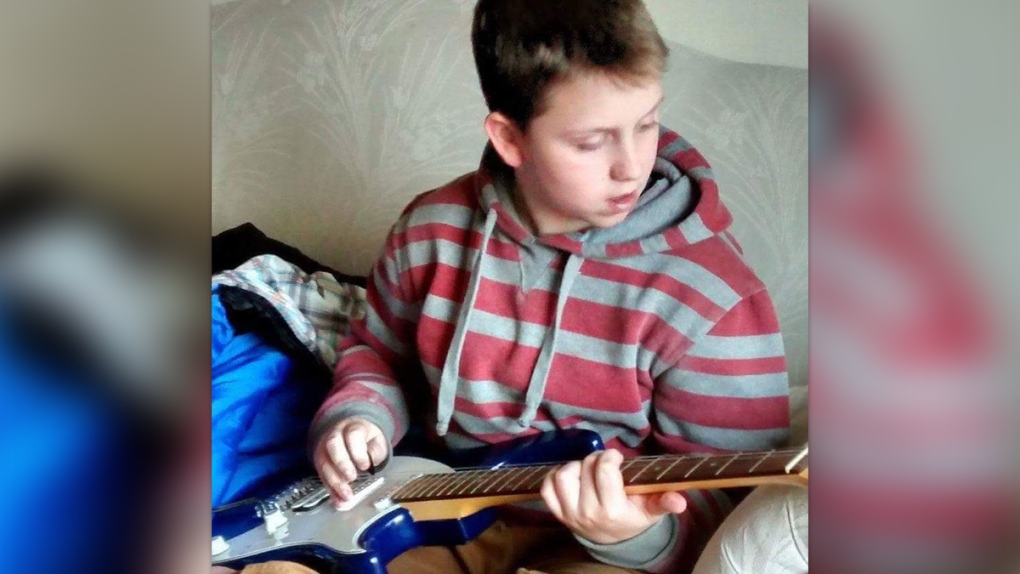 R.M. of St. Andrews resident Ben Harris, 15, pictured in this file image, died in the crash.

WINNIPEG -- Family and friends of a teenager killed in a hit-and-run collision a year and a half ago filled a Winnipeg courtroom Wednesday morning as a sentencing hearing started for a driver who was operating a stolen vehicle while high on methamphetamine.

Ben Harris, 15, and his friend were on bicycles near Donald Road and Highway 9 in the Rural Municipality of St. Andrews on the night of Aug. 10, 2018, after visiting friends. Court heard the boys were heading south when they were struck by the driver of a northbound 2009 GMC Canyon that veered off the road.

Harris was killed. His friend was hurt in the collision and survived.

11 other charges – including manslaughter and charges for several less serious offences – were stayed.

The Crown is seeking a 7-year sentence for Little, while the defence still has to make its submission for sentencing.

Court has previously heard RCMP officers arrested Little within an hour of the collision. He was found hiding in a different parked vehicle in a yard near the scene of the crash.

Police noted he appeared high on drugs. Court heard his face was pale and sweaty and his eyes were bloodshot.

Needles were found on Little and, in a statement to police the day after his arrest, he admitted he used them on the day of the collision to shoot meth.

“It was a toxic level of methamphetamine found in him,” Crown attorney Manoja Moorthy told court. “There’s no reaction even after he hits two individuals.”

The sentencing hearing is also dealing with unrelated charges which Little pleaded guilty to, including mischief and theft of a motor vehicle. Those charges stem from incidents in June and July of 2018 near Winnipeg. Little had been released from custody on those charges about three weeks prior to hitting and killing Harris.

78 victim impact statements have been submitted and 17 will be read in court.

The hearing is scheduled for a total of three days.