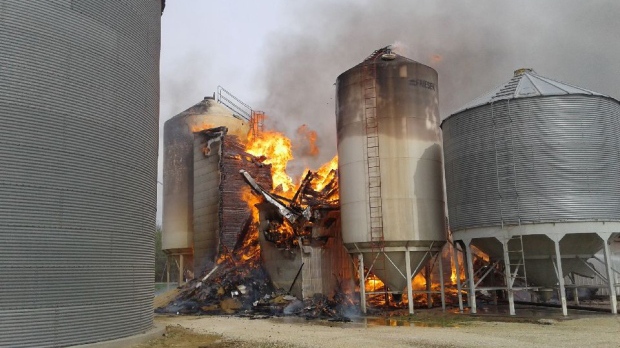 A ninety-foot-tall feed mill in Woodland Colony burned down Wednesday.

A ninety-foot-tall feed mill in Woodland Colony, responsible for producing food for 14,000 hogs, burned to the ground Wednesday morning.

Hover said he hopes to rebuild a temporary feed mill within three to four months.

He said feed companies in Winnipeg and Portage will help supply food for the animals for the time being.

A fire official said the fire started inside the mill, but no cause had been determined Thursday night.

No damage estimate was available.