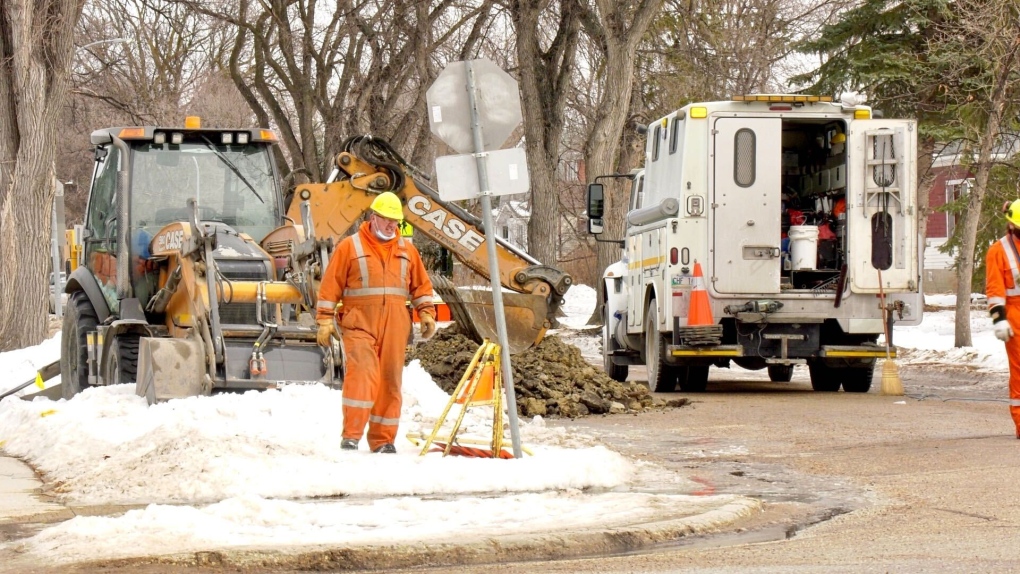 The Manitoba Hydro crews respond to a report of a gas leak at a home in the 600 block of Rathgar Avenue in Winnipeg on Feb. 23, 2021. (Source: Scott Andersson/ CTV News Winnipeg)

WINNIPEG -- Four homes in the Lord Roberts neighbourhood were evacuated as crews dealt with a gas leak on Tuesday.

The City of Winnipeg said Winnipeg Fire Paramedic Service crews were called to a home in the 600 block of Rathgar Avenue for a report of a gas leak shortly before 11 a.m. on Tuesday.

When the crews arrived, they could hear natural gas coming from a recently evacuated area. As a precaution, crews evacuated the home, along with three neighbouring houses.

Manitoba Hydro crews were on the scene Tuesday afternoon, working to stop the leak.

A spokesperson for Manitoba Hydro said the gas leak was turned off Tuesday afternoon and crews finished repairs in the evening.

This comes as emergency crews were responding to another gas leak in Winnipeg along on King Edward Street, south of Logan Avenue.

The city said people can recognize signs of a natural gas leak by the rotten egg smell, bubbles in ditches or waterways, dirt being blown into the air, distinct patches of dead or discoloured vegetation or a loud hissing noise.

If anyone suspects there may be a natural gas leak, the city said they should leave the area immediately and call 911.