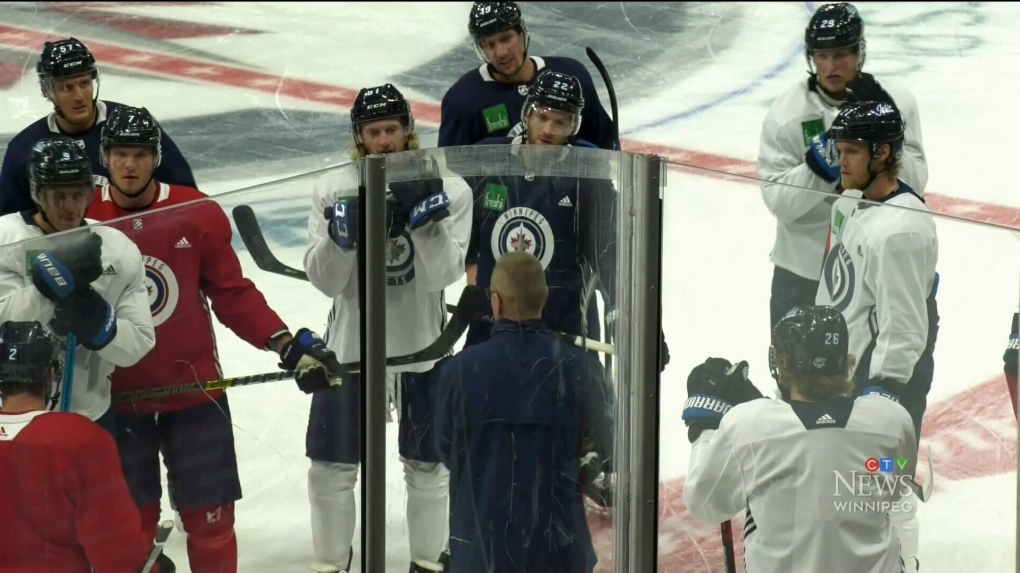 WINNIPEG -- Building up to this moment over the past four days, the Winnipeg Jets had their first scrimmage of training camp on Friday, two weeks before opening their qualifying series with the Calgary Flames in the Edmonton bubble.

“It was good, some good competition, I think the pace was pretty high and it’s kind of the closest thing we’re going to get to playoff hockey until we play our exhibition, so we have to take that seriously,” said Jets forward Kyle Connor.

For anyone who cares to keep score, team white beat team blue 3-1. But the score was irrelevant for the coaching staff trying to gauge where the team is at as we draw closer to the playoffs.

“It was two 20-minute running time periods with three lines so they got enough reps so I was pleased with the final,” said Jets head coach Paul Maurice.

“It looks like we got through it healthy, I think that there are some players on your team that you won’t notice as much in a practice that rely on that game environment to excel with their game and we saw a little bit of that too, so it was good.”

This is the closest the team has come to playing a game since unexpectedly finishing the regular season with a 4-2 win against the Oilers in Edmonton.

While the effort level put forth was as expected, players and coaches felt the pace of the first intrasquad game was rather fast, but there is still plenty of work to be done before the team can comfortably say it’s in playoff form.

“The execution is not there, but we don't expect it to be,” Maurice said.

"In a normal training camp you don’t expect the execution to be there until the last three or four days before you get after it, so to get a little more pressure on the puck carrier, to get them in an environment that is more game-like with their hands and their feet was the whole goal.”

“For me, it’s still kind of training camp mode,” Connor said on a Zoom call after the scrimmage.

"It really hasn’t set in that we are going to play a playoff game in probably two weeks here, but it is what it is and I think I’m feeling better every day at camp so hopefully the whole team and myself will be able to go and hit the ground running.”

Oddly, one of the elements of scrimmage that will carry over to the Edmonton bubble is no fans in the stands.

“I hope the NHL does something, maybe get some crowd noise,” Connor said.

“It sounds like they have some tricks up their sleeve so I’m pretty excited to see what we got.”

The Jets have the day off Saturday, returning to action on Sunday. The team will have one more week of work in Winnipeg before heading out to Edmonton on July 26, with the first and only exhibition game on July 29 against the Vancouver Canucks.

The qualification series with Calgary goes August 1, at 9:30 pm.