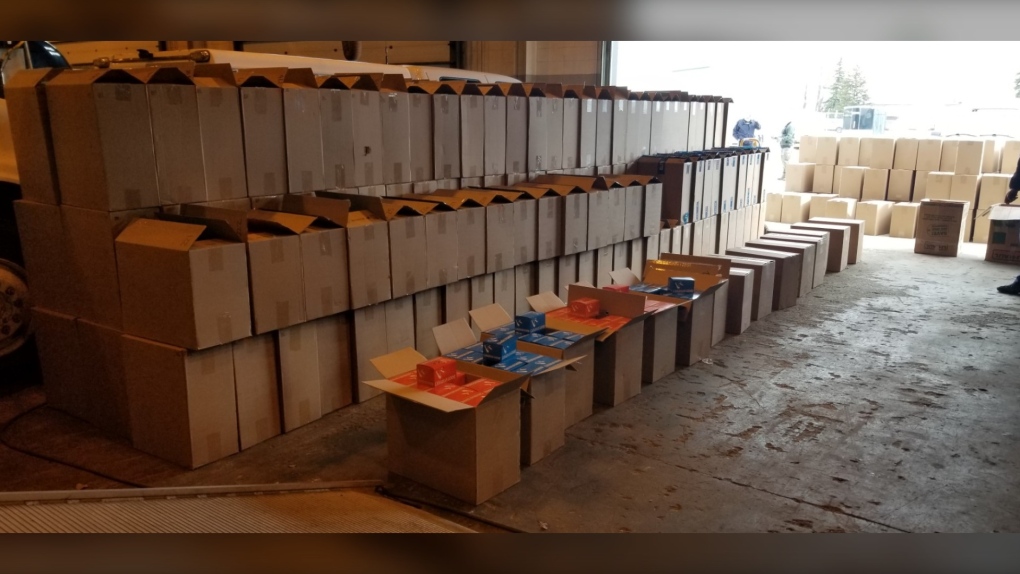 Supplied photo of the contraband cigarettes.

WINNIPEG -- A Calgary man is facing a $3 million penalty after RCMP officers in Manitoba uncovered millions of contraband cigarettes over the weekend.

On May 3 around 11:20 a.m., officers with the roving traffic unit conducted a traffic stop on a vehicle on Highway 1, two kilometres east of Brandon, Man.

Following a discussion with the driver, officers investigated the vehicle’s load and found 350 cases of illegal tobacco that contained 3.5 million cigarettes.

The 36-year-old driver was arrested and taken into custody. He was later released and is scheduled to appear in court in July.

The driver is facing charges under the Criminal Code of Canada, the Tax Administration and Miscellaneous Taxes Act, and the Excise Act, 2001. If convicted, he could face a triple tax penalty of over $3 million.

Kyle McFadyen, a staff sergeant with the RCMP’s traffic services, said they believe it’s one of the biggest seizures of illegal tobacco from a traffic stop in Canada.

“It really speaks to the importance of the Manitoba RCMP’s Roving Traffic Unit. This unit is comprised of officers with specialized training who work to identify potential criminals travelling on our roadways. The officers do this work as they conduct Highway Traffic Act enforcement,” he said.