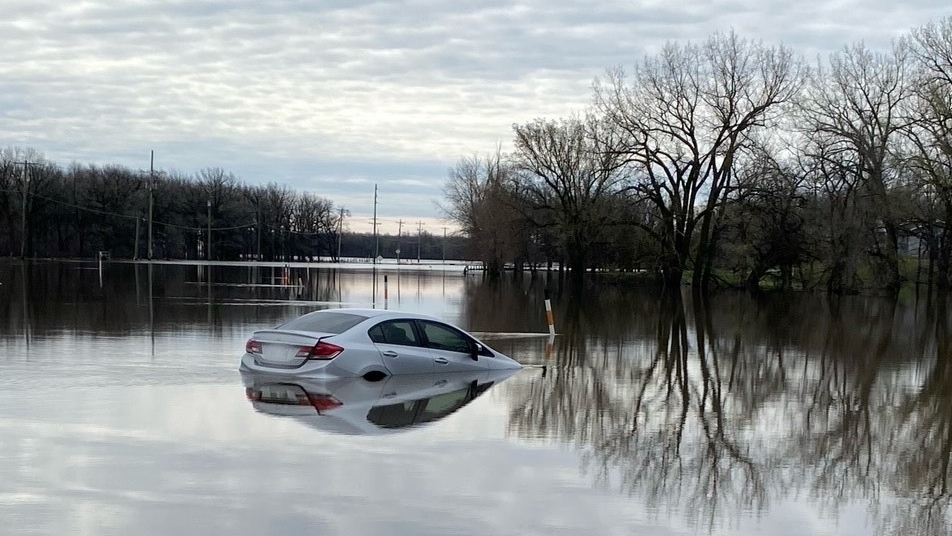 The Manitoba government plans to impose stiffer penalties on motorists who ignore warning signs and drive on closed roads.

Transportation Minister Doyle Piwniuk says the province is responding to a call from the RCMP, who have had to deal with motorists who drive around barricades and get caught in flooded roadways.

A bill before the legislature would impose fines of up to $2,000 or one year in jail for operators of most private vehicles.

For buses and some larger vehicles, the maximum penalty would be $5,000 or one year in jail.

Earlier this year, a man had to be rescued by firefighters after he drove on a flooded road south of Winnipeg and was given a $237 ticket.

Piwniuk says the Progressive Conservative government is sending a message that drivers who ignore closed-road signs put people at risk.

"When it comes to police officers to paramedics, we want to make sure that people stay off the highways when they're actually closed because it puts everybody else at risk, especially first responders," Piwniuk said Tuesday.

The bill would also allow for employers to be fined if a worker drives on a closed road.

This report by The Canadian Press was first published Oct. 11, 2022.