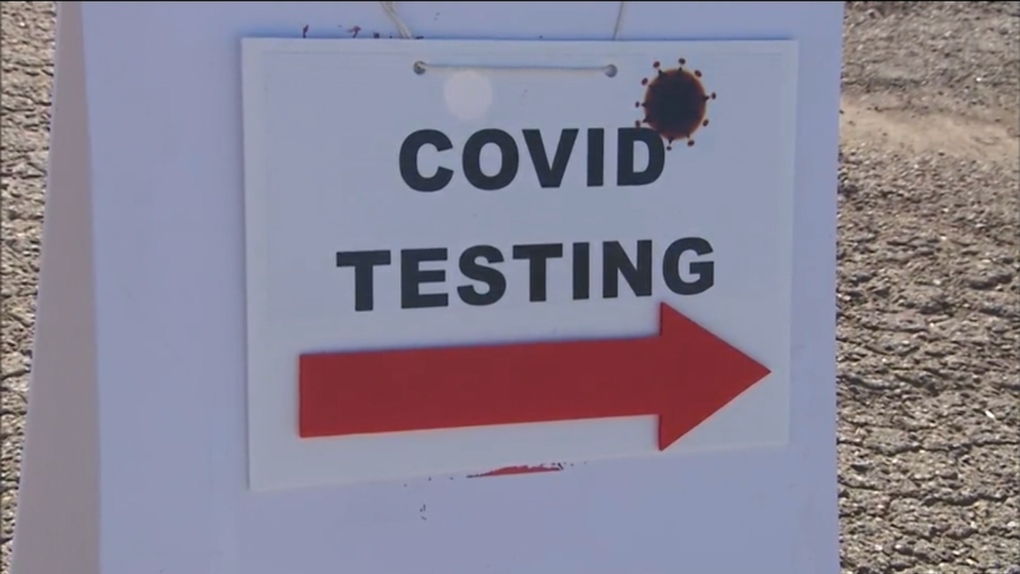 WINNIPEG -- Manitobans seeking a COVID-19 test may soon be able to book one online or over the phone.

It comes as additional sampling sites have been added across the province to deal with increased demand.

Sharon Salemi’s 13-year-old son, who has seasonal allergies, waited in line for a test last week after experiencing a sore throat and runny nose.

“We kept him home on Monday from school and we were directed by the school to call Health Links,” said Salemi.

When they couldn’t get through to Health Links Salemi’s husband took their son to a COVID-19 testing site to get a swab.

“We were there an hour before the testing opened and we still waited five and a half hours,” said Salemi.

Health officials say demand for tests has increased along with the number of cases and the province has faced mounting criticism over lengthy lineups and long waits.

“Manitobans who are experiencing COVID-19 symptoms will be able to call or go online to schedule an appointment to get tested,” Roussin announced.

He added discussions are also underway with Doctors Manitoba to enable family physicians to do after-hours testing.

No launch date for the initiatives has been provided but more details are expected in the coming weeks.

Ontario started transitioning last week to appointment-based testing but there are concerns in that province it could create a barrier for people who don’t have access to a phone or a computer.

Salemi feels giving people the option to book an appointment would be an improvement.

“The wait time to get tested – way too long in the car,” she said. “Not only that but we never did get through to Health Links.”

Further complicating matters in her son’s case, Salemi said a healthcare worker notified the family three days after his swab he’d have to get retested. She said the family was told his test was spoiled due to leakage.

It’s something health officials said can happen before a specimen reaches the lab.

“So this is rare and it’s not unique to COVID-19,” Roussin said. “If the specimen is leaking then it’s a biosafety issue so the lab won’t process it.”

A provincial spokesperson added that leaking and spoiling are two complications that can occur after a specimen is collected. Leaking happens when the lid of a vial isn’t closed properly or when a swab is cut too long and interferes with the closure of the lid.

Spoiling happens when a sample is exposed to extreme temperatures or spends too long in transit. Issues the spokesperson said officials are working to prevent.