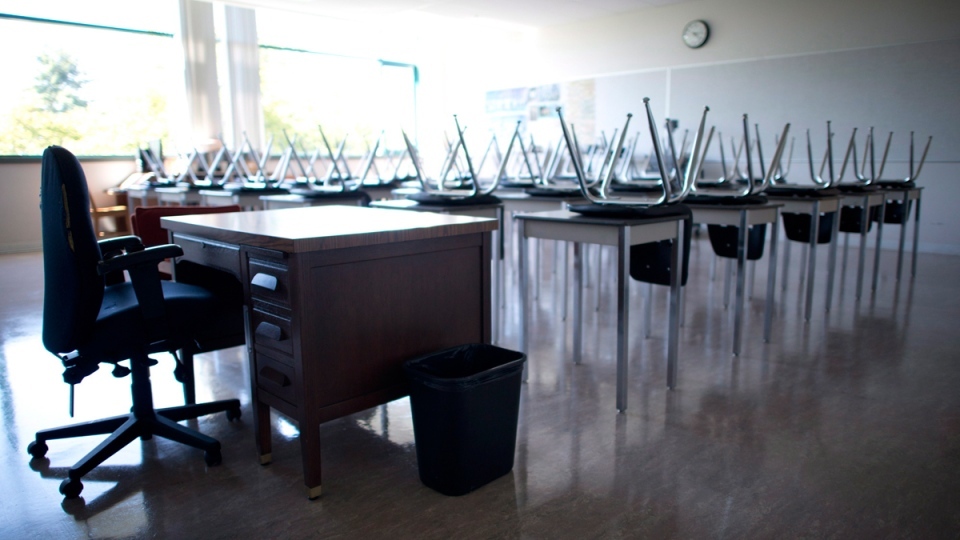 WINNIPEG -- Three schools and an adult education centre in Winnipeg have been exposed to COVID-19.

On Tuesday, in an open letter posted online, Christian Michalik, the superintendent and CEO of the Louis Riel School Division, said the division was told of two cases of COVID-19 that had been at DCI earlier in October.

The first person was at DCI on Oct. 6, and the second person was at the school on Oct. 5, 6, and 7. Both people may have been infectious when they were at school.

"After an investigation by public health officials, they have assessed the two exposures as low risk," Michalik said in the letter.

"They have also informed us that these two cases do not appear to be connected to each other and neither of these infections are believed to have been acquired at school or from each other."

One case of COVID_19 has been identified at Daniel McIntyre Collegiate, which is at 720 Alverstone St.

The exposure incidents happened on Sept. 29, 30, and Oct. 1. Health officials said the risk of exposure is considered low and the infection is not believed to have happened at school.

The affected cohort has been told to self-monitor for symptoms, and if symptoms develop, they should seek testing.

Dufferin School has also been notified about a second case that is in the same cohort of a previously announced case.

The original case was identified on Oct. 6, and the exposure happened on Sept. 28 and 29.

The exposure of the second case happened on Sept. 30 and Oct. 2.

Health officials said the cohort, as well as other close contacts, are being told to self-isolate.

"While the investigation was not able to confirm if transmission took place at the school, the risk to the school community is still considered low," the province said in its COVID-19 news bulletin.

The exposure happened on Oct. 5 and health officials feel the risk is low.

It's believed the infection was not acquired at school and the affected cohort is being advised to self-monitor.

- With files from CTV's Charles Lefebvre.