'Mother Nature was very good to us': Upside to dry spring for some Manitobans 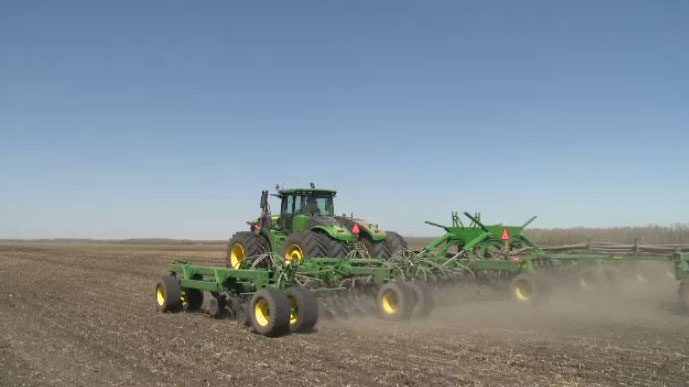 Farmers are feeling optimistic, for now.

The dry spring may be wreaking havoc for firefighters, but there is some good news for people who live in flood prone areas.

They’re breathing a sigh of relief, and farmers are feeling optimistic, for now.

Selkirk area farmer John Preun has been busy gearing up for the growing season. Preun, of Long Lake Farms, has been working from sun up to sun down since last Wednesday, and so far the dry weather has been a welcome sight.

“We get to start earlier, and the ground dries up and warms very, very quickly, you know, helping germination and the planting season get started,” said Preun.

Farming is in Preun’s blood. Before him, his father and grandfather both farmed, and this year marks his 37th season.

He said the dry weather has been good so far for seeding.

The RM of St. Andrews has also seen benefits from the little to no rain this spring.

“Mother Nature was very good to us this year, so we didn’t have any floods anywhere in St. Andrews,” said Mayor George Pike.

He said last year about four or five cottages were affected by flooding, but that hasn’t been the case this year.

“We did all our ditches and drains ahead of time, not knowing what the weather would bring.”

This spring has been one of the driest on record for Southeastern Manitoba according to Environment and Climate Change Canada.

During the month of April, not one drop of rain fell in St. Andrews, Gimli and Victoria Beach. Less than two millimetres fell in Winnipeg.

Although conditions remain dry with no rain in the forecast for the next few days, the RM is prepared if a storm rolls in.

“We’ve had overland flooding sometimes in June or July with heavy rains, but other than that we are prepared. Our ditches are done quite well,” said Pike. “We’ve been putting in new culverts all the way around where we’ve had little situations in the past.”

While Preun doesn’t want to see any flooding, he’s hoping for a good downpour very soon in order to produce a healthy crop.

“There’s nothing we can do. We’re at the mercy of the good lord here. If it doesn’t rain we’re going to end up with a very poor crop,” said Preun.