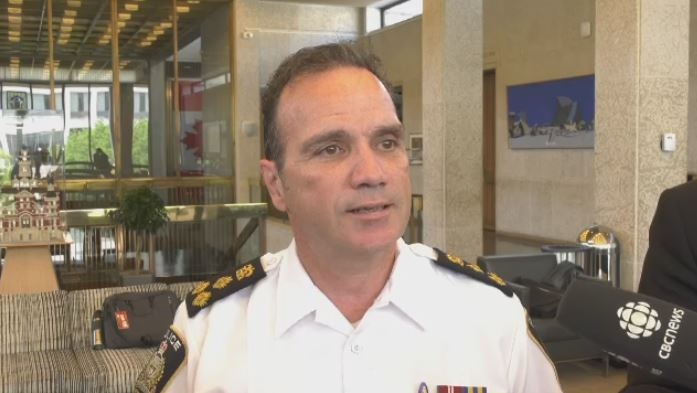 Winnipeg’s Police Chief Danny Smyth says public awareness and education will need to be the focus as cannabis edibles are set to become legal on October 19.

On Friday, the federal government announced amendments to its regulations governing the legal production and sale of edibles, extracts, and topicals.

“What we’ll need to watch for with edibles is unlike smoking marijuana, where the effects happen pretty quickly because it’s coming in through your lungs, edibles get ingested in slowly through your stomach,” Said Smyth. “What catches people by surprise is they don’t get the impact right away, so they think it didn’t work and double it up.”

Under the new rules, licensed producers will be required to provide Health Canada with 60 days’ notice of their intent to sell new cannabis products. The government agency will begin accepting those notifications on Oct. 17.

Smyth says so far the legalization of Cannabis has not had much of an impact on the police force or the community.

“I think we’ve seen pretty good regulation so far, I don’t think that it’s going to have a huge impact particularly on policing anyway,” said Smyth.

The government is encouraging Canadians who decide to use cannabis edibles, extracts and topicals to “start low, go slow.” It’s warning that the effects of impairment are slower to take effect when ingesting cannabis compared to inhaling. The effects can be felt for up to 12 hours.

Smyth says the force did a lot of impaired driving training in preparation for the legalization of marijuana.

“We really haven’t seen any real uptick for drug impaired driving,” said Smythe. “This isn’t going to be the crisis that some thought it would be.”

READ MORE: Cannabis edibles expected to be available for sale before Christmas

-With files from CTVnews.ca