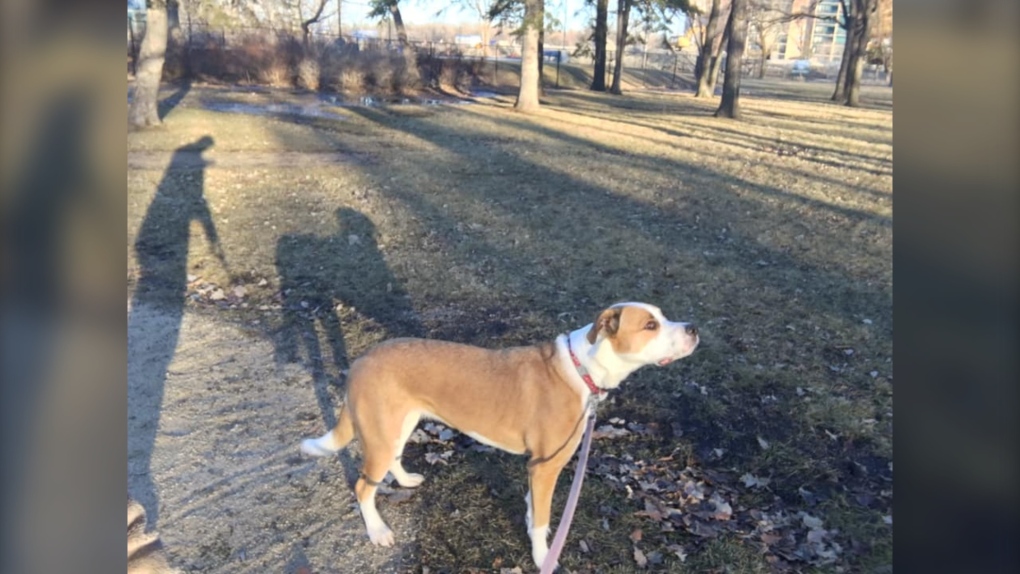 WINNIPEG -- An off-leash dog park could be coming to the King George V Park in the Glenwood area, thanks to the work of a group of community members pushing to establish it.

Ryan Palmquist, a dog owner and a resident in the area, said the idea to convert an area of the park into a space for dogs came from one of his neighbours, since it’s underused at the moment.

“It would be a pretty straightforward way to activate a space and create a new amenity out of a beautiful, but somewhat underused corner of greenspace in our community.”

He said at the moment, most people in St. Vital go to the Maple Grove Dog Park on the south Perimeter, which is about four or five kilometres from where he lives. The issue for Palmquist -- he has to drive to get there.

“Part of the appeal for this for me is there’s a certain irony involved in having to get in the car and drive somewhere to let your dog out to walk and run,” he said.

“And being able to throw on the leash, walk down the street and use this park would be, I think, way more in the spirit of the experience that me and my dog are trying to have together.”

To get the dog park in place, residents have formed a formal group -- Friends of King V Off Leash Dog Park -- St. Vital.

The group has been following guidelines in the City of Winnipeg’s Dog Park Master Plan, which requires those interested in a proposed location to collect signatures showing over 70 per cent support of those who live within 150 metres of the park. Palmquist, who works as an assistant to Coun. Matt Allard but said he is involved in this project as a community member, said they completed the petition with over 80 per cent support, and it’s now been sent to the city.

The group has also started a fundraiser with local dog bakery Planet Pup, with some proceeds going to the dog park amenities not covered by the city.

“We are hoping to at least get a small fund of money started , with the intent that it would demonstrate to the City of Winnipeg that we’re serious and this is an active and going concern and that there’s a group of people who are committed to this both to make it happen and then take care of it and support it if it’s built,” Palmquist said, noting the cost estimate is about $15,000 to $20,000, to go toward a jumbo garbage bin and about 600 feet of fencing to close off the section of the park where the off-leash dog area is proposed.

Palmquist said converting the space in King George V Park into an off-lease dog park would be beneficial to the community and its many dog owners, and would also serve as a model to for other communities to get their own dog parks as well.

“I just see this as a way of activating a space in our community, turning it into a busy and active place where people from the community can gather and that has some synergy with the other amenities that are in that same park like the pool and playground,” he said.

The fundraiser with Planet Pup ends on Feb. 21.

- With a file from CTV’s Megan Benedictson.