WINNIPEG -- A Winnipeg man on vacation got an unwelcome surprise when buying a sweet treat that ended up costing him thousands of dollars.

David Kindrat was charged almost $5,000 for ice cream when he went to Costa Rica with his family in December.

“We decided to stop off at an ice cream parlor on the side of the street and I bought some ice cream for my daughter,” said Kindrat.

He said he had to enter his pin number before he saw the amount being charged to his card. When the ice cream parlor gave him a receipt for $4,050, he was under the impression the transaction was in Colon, Costa Rican currency.

“Well I said that’s about right, that’s about nine dollars,” said Kindrat. “When I saw my credit card statement that wasn’t the case.”

Kindrat had been charged $4,050 in Canadian currency for the ice cream. 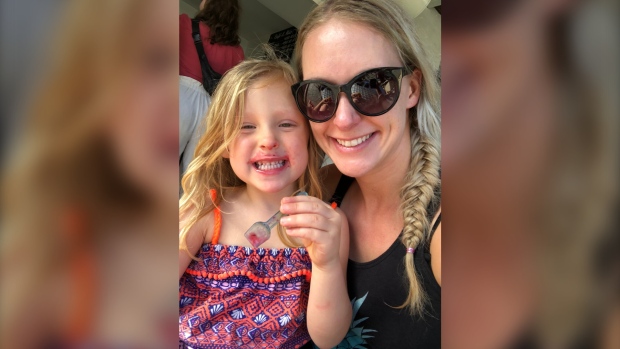 David Kindrat's daughter (left) eating what turned out to be a $4,050 ice cream in Costa Rica. (Submitted: David Kindrat)

He called his Visa provider Scotia Bank, and the answer they gave him wasn’t what he wanted to hear.

“They said well you put your pin number in so it’s a legitimate transaction,” said Kindrat - referring to the phone conversation. “We can’t do anything about it.”

Kindrat isn’t the only Canadian who was recently overcharged while on vacation.

Just after Christmas – Toronto resident Rejent Guay and his family went to Jamaica to celebrate New Year’s. When Guay returned home he was stunned to find out he’d been charged $10,000 Canadian for souvenirs he bought.

Kindrat believes his transaction should have caught Visa’s attention.

It’s been over 30 days and he’s concerned he may never get his money back.

“We got a great picture from it," said Kindrat. “But it certainly does leave a bad taste in your mouth. No pun intended.”