Construction has begun on a new renal unit in Steinbach that will allow dialysis patients to receive care closer to home.

The province said work is now underway at Bethesda Regional Health Centre as part of the first phase of a roughly $32 million capital project to expand the site.

“The start of construction here at Bethesda Regional Health Centre brings us one day closer to reducing the need for those living in or near Manitoba’s third-largest city to travel elsewhere for care, while providing the site with the necessary capacity to continue growing in the years ahead,” Manitoba’s health minister Audrey Gordon said at a ceremony marking the start of construction Monday.

According to the province, this will fund 15 additional acute-care medicine beds, eight surgical beds, an investment in the treatment of patients for a variety of needs, including palliative and end-of-life care, and pharmacy upgrades to aid the delivery of chemotherapy services and establish Bethesda as a regional hub for cancer care.

The province said the new unit was sparked by a feasibility study and review that looked at the number and frequency of patients travelling outside their communities for dialysis treatment. 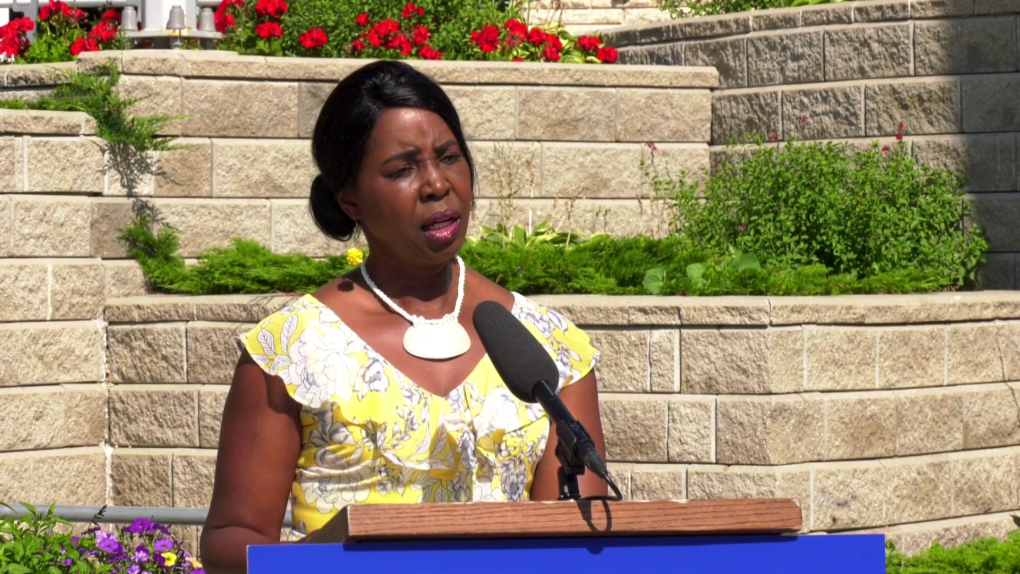 There are currently 23 hemodialysis patients who live in the province’s southeast catchment area that could benefit from the new, six-station unit, the province said.

“This also permits some room for treatment for new patients, for people who start anew in Winnipeg, so this is truly a positive experience.”

The new unit is expected to open as soon as next summer, with construction on the overall project slated to be finished by 2025.

The province said the project is part of its $812 million plan to build, expand and renovate health-care facilities across the province. Other initiatives include the expansion of the Brandon Regional Health Centre and the construction of a new hospital in Portage la Prairie.

Southern Health-Santé Sud CEO Jane Curtis acknowledged the new renal unit comes at a time when the health region, as well as many others across the country, is already experiencing staffing challenges in its existing facilities.

“There’s lots of things that are in motion,” she said. “The province has been adding seats so that in two years or three years, we’ll be starting to see nurses coming out of school, adding to the capacity of our workforce, but it’s not just nurses - it’s other providers as well. So we’re looking at different recruitment and retention strategies to ensure that we’re building a good workforce to care for the expanded service.”

Gordon acknowledged the pandemic exposed some of the gaps in Manitoba’s health-care system.

Her comments come amid staffing shortages at Winnipeg’s Health Sciences Centre. Shared Health put out a call ahead of the weekend for full and part-time nurses to fill shifts, asking those already working to do overtime, and reassigning critical care nurses to the emergency department.

Gordon thanked the 20 nurses she said stepped up over the weekend to help deal with the shortage, and said she is looking at other models of care.

“Everyone is talking about innovative approaches and new care models that we can consider to address the pressures that we’re seeing,” she said, noting she is also meeting with Jean-Yves Duclos, Canada’s health minister on how the federal government can help with staffing challenges.

She also said the College of Registered Nurses of Manitoba is offering another intake of students to add more nurses to the workforce faster, while nurse practitioners and physician assistants could be used to alleviate pressures.

“We are listening. Nothing is off the table,” Gordon said.

“The PCs should consider staffing shortages at HSC to be a critical risk to patient safety and they should be working mandatory overtime to get that department fully staffed within hours,” he said.

- With files from CTV’s Jeff Keele

Canadian study suggests we may be underestimating children’s memory capabilities

New research from York University suggests that we may be underestimating what kids are capable of when it comes to their memories.