Former Columbine principal recalls the 'nightmare' inside a mass shooting

WINNIPEG -- After more than 20 years, it's a chilling scene that is still burned into the memories of North Americans – high school students with their hands above their heads, running for their lives from Columbine High School.

For Frank DeAngelis – the memories of the Columbine massacre hit far closer to home. He was the principal at the school on April 20, 1999 – the day two armed students walked in and opened fire, killing 12 students and a teacher.

"It was a day in which my life changed forever," DeAngelis told CTV's Maralee Caruso. "My secretary came in and said, 'Frank there's been a report of gun fire' – the first thing that crossed my mind was this has to be a prank." 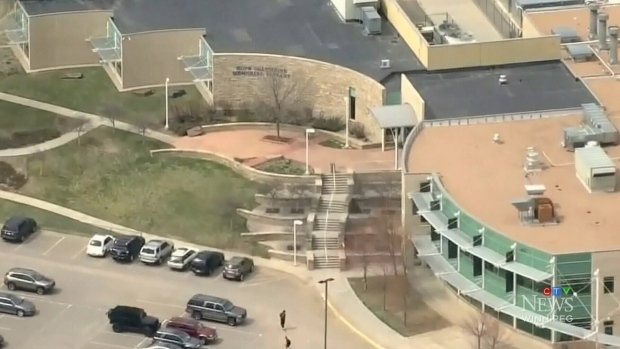 DeAngelis had been at the school in Columbine, Colorado for nearly 20 years. Before becoming principal, he worked as a history teacher and coach for the baseball and football teams.

He said the relationship with the kids was like a second family, and over the 20 years he'd been at the school, he could count the number of fist fights on his hand.

"I came out of my office and my worst nightmare became my reality, because about 75 yards away – there was a gunman coming towards me," he said. "Everything slowed down."

As this was happening, a group of girls was walking from the locker room on their way to gym – and DeAngelis said they were about to walk into gunfire, and he sprinted forward.

"We get down to this little hallway and the gunman is getting closer, the girls are screaming – I pull on the door and it's locked, I mean we were trapped. We had nowhere to go," said DeAngelis, who at that time was reaching into his pocket grabbing a ring of 35 keys.

"As the gunman is coming around, the first key I stick in the door – it opened it on the first try."

At the end of the day, 13 people had been shot and killed.

"I remember sitting there, and my family was there. I was thinking – there is nothing I can do to bring back the 13, but I'm going to make sure that they did not die in vain."

LIFE AFTER A MASSACRE

After the shooting, DeAngelis stayed at Columbine High School as the principal for another 15 years, watching all the students who survived the shooting graduate.

DeAngelis said his faith was shaken after the shooting.

"I was saying 'God, how could you allow this to happen?'"

Days later, DeAngelis was told by his priest he had survived that shooting for a reason and now he had to help rebuild the community.

DeAngelis has kept his word and is now a consultant on recovery after a school-based tragedy. He now travels to different schools and communities across the country that have been rocked by violence.

"Columbine really represents a community that was able to overcome a tragedy and reach out to show that no matter what happens – there's always hope," he said.

But DeAngelis said things may have been different at Columbine more than 20 years ago had there been more precautions in place. 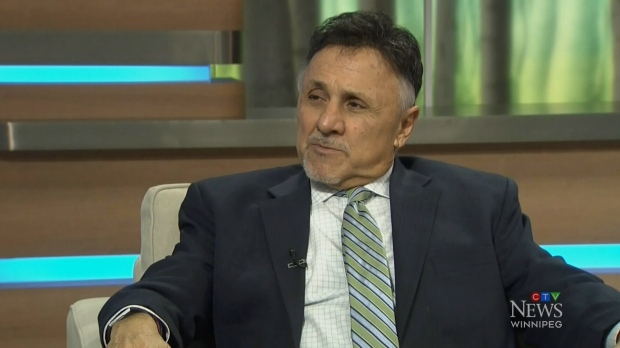 Frank DeAngelis was the principal at Columbine High School on April 20, 1999 – the day two armed students walked in and opened fire, killing 12 students and a teacher. (Source: CTV News Winnipeg)

"The only drills we did were fire drills," DeAngelis said. "If we would have had in place what we have today – we would not have lost 13."

DeAngelis said what happened at Columbine could happen again, on any given day. He said schools need to prepare for a situation like that.

DeAngelis said the two students who opened fire at Columbine didn't show signs of what was coming. He said they were honour students who had plans to go to college and join the military.

"I saw pictures of these two when they were little kids – like other kids, missing teeth in soccer uniforms," DeAngelis said. "Then I saw someone coming at me with a gun, and I'm thinking, 'What happened?"

He said gun control is only one piece of the puzzle, and he said what is needed is "common-sense gun laws."

He said another piece of the puzzle is making sure there are supports in school such as school councillors and social workers.

DeAngelis is in Winnipeg speaking at the 2020 Manitoba Disaster Management conference.

-with files from CTV's Maralee Caruso