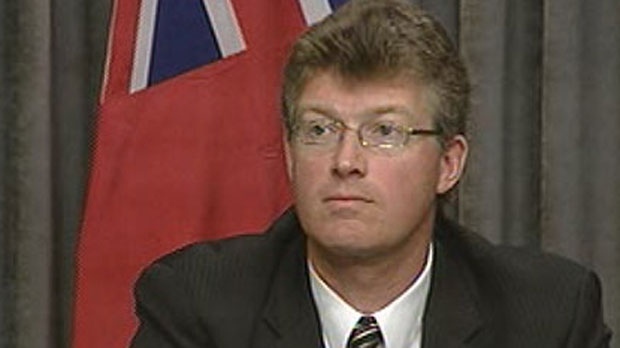 Andrew Swan says he will serve out his current term but not seek re-election when Premier Brian Pallister calls the next vote. (File image)

Andrew Swan says he will serve out his current term but not seek re-election when Premier Brian Pallister calls the next vote.

Swan is one of the few remaining New Democrat politicians from the days of premier Gary Doer, when the NDP was riding high in popular support.

He was first elected to the legislature in 2004 and served in ministerial roles including justice and trade.

In 2014, Swan joined four other senior cabinet ministers to challenge the leadership of then-premier Greg Selinger, who held on to the top role by a narrow margin at a party convention.

Swan, who is 50, says he has no new job lined up and will continue to support the provincial NDP and leader Wab Kinew.

"I'll still be knocking on doors in the election (for other candidates) and I look forward to working with a much bigger NDP caucus," Swan said.

"I practised law for 14 years ... and I think I've still got a lot to offer and I'm sure I'll find something good at some point in the future."

Two other New Democrat MLAs, James Allum and Rob Altemeyer, have also announced they will not seek re-election.

The NDP -- after losing the 2016 election, losing a byelection last year, and ousting one of their members over a sexual harassment claim -- now holds 12 of 57 legislature seats.

Swan has enjoyed strong support in his Minto constituency in Winnipeg. As many of his colleagues lost their seats in 2016, Swan kept his, and was one of only two New Democrats to garner 50 per cent or more of the vote.

Swan ran for the federal NDP nomination in Winnipeg Centre earlier this year, but lost to activist Leah Gazan.

The next provincial election is slated for Oct. 6, 2020, but Pallister has repeatedly said he may call the vote sometime this year.