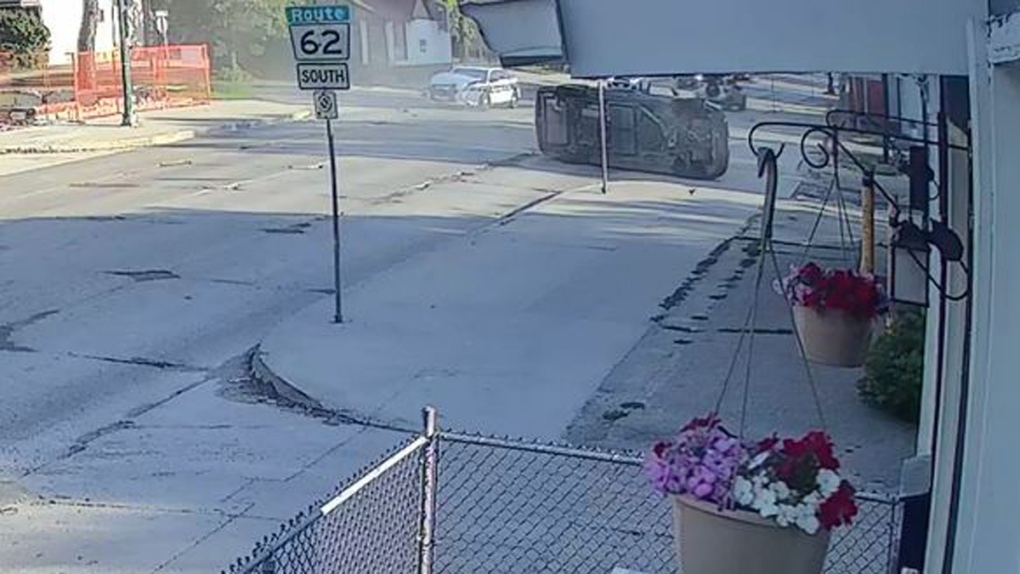 Security video sent to CTV News shows a police cruiser drive past a stop sign and collide with a minivan. (Source: Leo Fradin)

A Winnipeg Police Service cruiser car went through a stop sign on the weekend, sending six people to hospital. On Monday police said the officers involved were helping with an investigation at the time of the crash.

A decision by the Anglican Church of Canada’s governing body to reject a change to its marriage canon to allow same-sex unions left an engaged Winnipeg couple feeling unwelcome and as though their plans to marry in the church were uncertain.

A photo shared to social media of paramedics and police officers at a bench where they had been called to deal with an intoxicated man prompted online criticism, with allegations arising that the first responders had taken a photo at the scene. On Monday police said supervisors were looking into the allegations, on Wednesday police said an officer did take a photo and offered an apology.

Howdy from the saloon, jail and coal mine: This Manitoba couple built their own western town

A couple from Garson, Man., built a different kind of centrepiece for their wild-west wedding: a full sized replica western town that includes a saloon, candy store, blacksmith shop, coal mine and jail.

Another woman came forward with concerns over the conduct of Assembly of Manitoba Chiefs Grand Chief Arlen Dumas. This came after Dumas denied allegations of inappropriate texting and announced he was taking a leave of absence to heal.