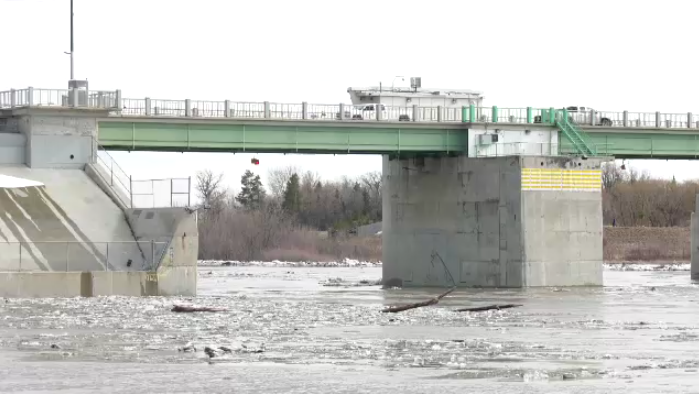 WINNIPEG -- According to a tweet from Manitoba Infrastructure Minister Ron Schuler, the province is starting to lift the Red River Floodway gates at 6 p.m Friday evening.

Ice is moving at the Red River Floodway inlet. We're preparing to start lifting the gates after 6 p.m.

On Wednesday, the province said the gates could open as soon as Thursday, but was waiting for river ice to clear.

As of Thursday evening at 6:24 p.m., the Red River level at the James Avenue, the primary spot the city uses to measure river depth, was 18.13 feet. The city considers 15 feet to be the flood stage in Winnipeg.

The province is predicting the Red River level at James Avenue to peak at 19-19.5 feet, sometime during April 13-17.

Water from the red river started spilling naturally into the floodway on Tuesday.

The province has issued a high water watch for the Red River from Lockport to Netley Creek due to the potential of some overland water in low-lying areas.

The North Dakota Department of Transportation (NDDOT) has shut down part I-29, just south of the Canadian border due to flooding.

According to a Facebook post from the NDDOT, I-29 northbound and southbound lanes are closed due to water over the road.