Canada puts up $20 million for nutrition programs in Africa 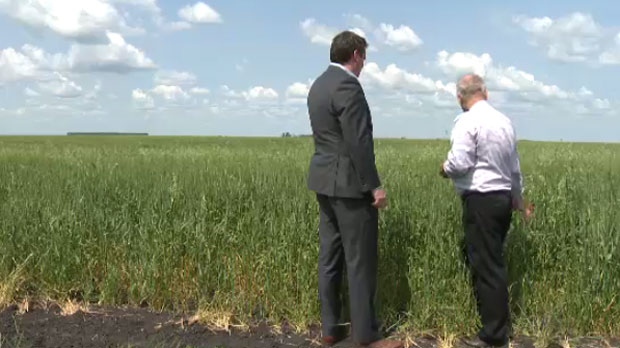 The minister of international development met the executive director of Canadian Foodgrains at a rural Manitoba farm Tuesday afternoon.

Canada is working to end hunger in developing countries and it's looking to team up with charities that have similar goals.

The minister of international development took that quest to a rural Manitoba farm Tuesday afternoon. He met with supporters of the Canadian Foodgrains Bank.

The minister announced $20 million in funding for nutrition projects in Africa.

The main cause of death for children under 5 there is malnutrition.

"We can prevent a lot of child deaths and ensure that children are healthy growing up,” said Jim Cornelius, executive director of Canadian Foodgrains bank. “The consequences of poor nutrition when you're young can last a life time."

The meeting is part of consultations announced at the Saving Every Woman Every Child summit in May.