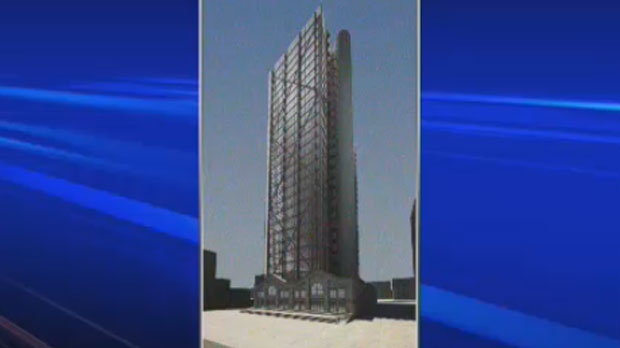 The project includes plans for a 220-unit apartment complex at the James Avenue pumping station site in downtown Winnipeg.

A 24-storey apartment building proposal for the site of the James Avenue pumping station has been given the green light at city hall in Winnipeg.

A committee rejected an appeal from dozens of condo owners around Waterfront Drive who have concerns a tower of that size will cast shadows and block views.

The approval allows the developer to bypass city rules that restrict heights to eight storeys.

The developer says it will apply to build a needed parkade on James Avenue with a $5 million subsidy from the city.

The developer also says the project will preserve the pumps in the historic pump house while creating an indoor winter garden inside. The plan will also see a 9,000 square foot grocery store on the first floor of the apartment tower.

Final designs for the project still need full city council approval. The developer said he'd like to see shovels in the ground later this year.