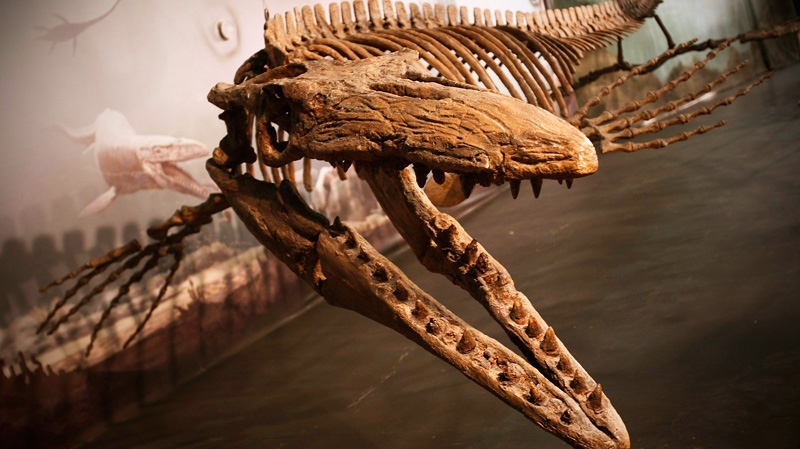 Bruce the Mosasaur, which was found just outside Morden, Man., in a farmer's field, is on display at Canadian Fossil Discovery Centre in Morden on Wednesday May 20, 2009. (John Woods / THE CANADIAN PRESS)

Manitoba paleontologists have unearthed the bones of a prehistoric sea creature some 80 million years old.

Scientists from the Canadian Fossil museum in Morden have dug up two Mosasaurs -- a huge reptile known as the "T-Rex of the sea."

The museum is already home to a Mosasaur called "Bruce", but curator Anita Janzic says the new find is significant.

She says the discovery of some shore bird fossils seems to contradict the idea that much of the Prairies were under water at the time.

She says they expect to keep working at the southwestern Manitoba dig site for several years and will write up their findings for academic journals.