National gun-owner database lives on despite registry repeal, angering some 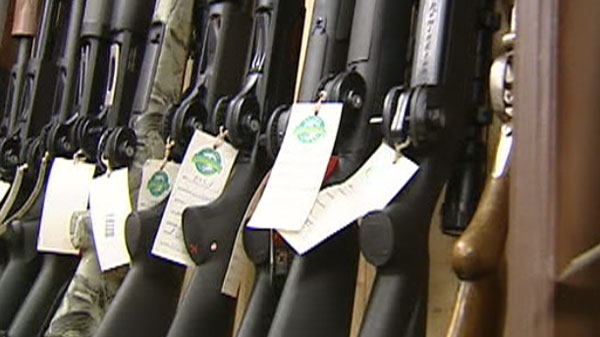 The most recent RCMP numbers available for this year -- as of June -- show 1,889,650 licensed gun owners in Canada. (file image)

OTTAWA -- Seven months after the federal long gun registry was repealed in every province but Quebec, a small but vocal faction of gun owners is feeling deeply betrayed by the Conservative government.

A registry of gun owners -- if not their specific weapons -- remains in force under federal licensing provisions that were part of the same 1995 Liberal gun control bill so loathed by the gun lobby. It's a reality to which some sport shooting enthusiasts are just waking up.

Lloyd, a retiree in Uxbridge, Ont., said he was shocked to find a licence renewal form in his mail this summer after celebrating the official April 6 end of the federal registry.

He's written to a Conservative MP and a cabinet minister seeking an explanation, and so far is without a response.

"I'm not planning to renew it," said Lloyd, who asked that his full name not be published because he's about to become an unlicensed gun owner.

Lloyd is indeed not alone -- so much so that he perhaps need not fear disclosing his full name.

A Saskatoon-based organization called the Canadian Unlicensed Firearms Owners Association has been taking the fight straight to Public Safety Minister Vic Toews, whose portfolio includes the RCMP and the Canada Firearms Centre.

"Your duplicity in dealing with firearms owners seems to know no bounds," Edward Hudson, the unlicensed group's secretary, thundered in the opening line of a May 9 letter to Toews.

Announcing oneself as a law-breaker while demanding the ouster of the public safety minister requires a certain chutzpah -- especially since Toews was clearly on record describing the reality of the gun registry's repeal.

"First and foremost, all individuals will still be required to be licensed to possess a firearm," Toews told the House of Commons last Oct. 26 as the repeal bill was debated.

"We are committed to ensuring that only responsible and qualified individuals own firearms."

His office did not respond to an interview request.

RCMP spokesman Sgt. Greg Cox confirmed in an email that "everyone who possesses or acquires a firearm must still be licensed to do so, whether the firearm falls into the non-restricted, restricted or prohibited class."

"To be clear, licences for individuals must be renewed every five years, which requires that applicants for a new or renewed firearms licence be screened for criminal records, as well as provide personal references," wrote Cox.

That information is then stored in a searchable database that police can use to help determine if weapons may be on a premise -- one of many arguments used by police groups and the gun-control lobby to advocate for keeping the weapons-specific registry in place.

Gun owners must have a licence to legally buy ammunition, said Cox, and the Criminal Code includes a mandatory three-year minimum sentence for the "unlawful purchase" of ammunition.

As for any anti-licence protest movement by gun owners -- whether wilfully or in the mistaken belief that licences have been repealed -- Cox said there's no evidence to date.

Citing 2011 figures, the RCMP put licence renewals at over 90 per cent "so the vast majority of firearms owners understand the difference between their firearms licence, which is a plastic photo ID card, and a registration certificate," for firearms, said Cox.

In fact, it may still be too early to see what impact the gun registry's repeal has had on licensing.

The most recent RCMP numbers available for this year -- as of June -- show 1,889,650 licensed gun owners in Canada.

Gun enthusiasts complain they continue to get mixed messages from a Conservative government they've long felt was their champion.

Last month, Toews greeted a Quebec court ruling to preserve the registry information in Quebec with a blanket denunciation: "Our Conservative government will continue to fight against any measures that needlessly target law-abiding hunters, farmers and sport shooters."

And so gun lobby groups continue to push the Conservatives to fully gut the licensing provisions.

Earlier this month, Sheldon Clare, the president of the Edmonton-based Canada's National Firearms Association, or NFA, wrote Toews to "strongly recommend the repeal of the requirement to hold a firearms licence merely to own one's own property and that limiting of access be done to those specific individuals who have been convicted of violence."

Coupled with the well-documented unhappiness of gun control advocates at the registry's repeal, both sides of the rancorous gun debate appear to be deeply dismayed.

Into this atmosphere of suspicion and uncertainty, a federal government that has budgeted at least $64 million for government advertising this year has committed none of it towards informing Canadians about the current reality of gun legislation.

"The RCMP has no advertising budget for the changes brought about by the recent legislation; however the RCMP (Canadian Firearms Program) website and online fact sheets have been updated accordingly," wrote Sgt. Cox.