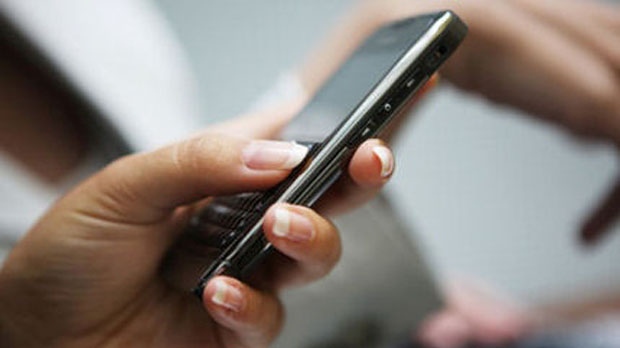 The panel was asked by Health Canada to recommend any necessary changes to the code following a review of the latest research on adverse health effects linked to radio waves from mobile phones, Wi-Fi equipment, cellular phone towers and TV/radio broadcast antennas. (file image)

Called Safety Code 6, the draft revised guidelines have been posted on Health Canada's website -- http://www.hc-sc.gc.ca/ewh-semt/consult/_2014/safety_code_6-code_securite_6/index-eng.php-- which is open for comment from Canadians until July 15.

The federal department said Friday it will consider comments related to the scientific and technical aspect of Safety Code 6 in the development of its final revised guidelines, expected to be published this fall.

Recommended limits to exposure to radiofrequency waves are based on established scientific evidence and provide protection against all known adverse health effects, said Health Canada, noting that Canada's limits are consistent with those in such countries as the United States, Japan, Australia and New Zealand.

The public consultation follows an April 1 report by a Royal Society of Canada expert panel on Safety Code 6, which is aimed at protecting the health of workers and the general public.

The panel was asked by Health Canada to recommend any necessary changes to the code following a review of the latest research on adverse health effects linked to radio waves from mobile phones, Wi-Fi equipment, cellular phone towers and TV/radio broadcast antennas.

While the eight-member panel concluded that current exposure limits are designed to avoid all known health hazards and no additional precautionary measures should be introduced, there was one caveat.

Panel members said Health Canada should pursue research aimed at determining if there is a link between exposure to radiofrequency waves from ubiquitous wireless devices and cases of cancer.

Paul Demers, the director of Toronto's Occupational Cancer Research Centre who chaired the panel, said at the time that studies investigating a potential association between exposure to radio waves and the development of cancer have had inconsistent results.

The non-profit group Canadians for Safe Technology, whose stated goal is to educate Canadians and policy makers about the dangers of exposure to unsafe levels of radiofrequency radiation, reacted angrily to the findings.

The organization accused the panel of siding with the wireless industry and ignoring scientific data warning of health risks related to the technology.

Health Canada said the proposed update to Safety Code 6, which was reviewed by the Royal Society panel, includes radiofrequency exposure limits that are more restrictive than those in the current version, written in 2009.