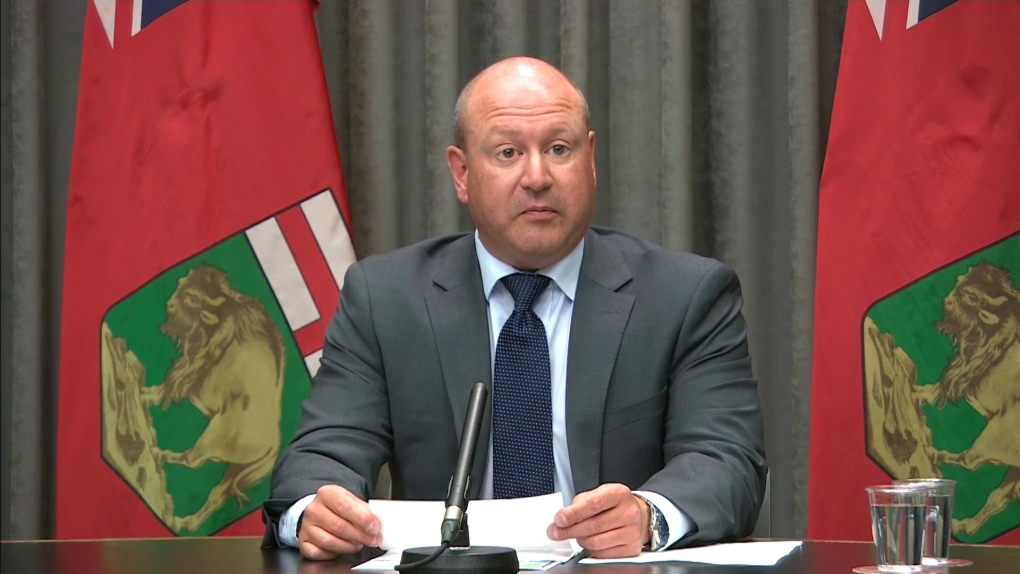 WINNIPEG -- On Thursday, the province announced an additional 67 cases of COVID-19, 57 of those coming from the Winnipeg Health Region.

Over 2,700 tests were performed on Wednesday. Roussin said this is one of the highest numbers of daily testing Manitoba has seen yet, though people are continuing to voice their frustrations with the process.

"We certainly are aware of continued frustrations with specimen collection and result wait times, and so work is well underway in evaluating the entire system – from specimen collection, to transport, to lab testing, to result delivery," said Roussin.

He said the province does not have a backlog on test results, adding the test turnaround time is at 24 to 48 hours.

However, that time frame is just getting tests to the lab.

"If we look at the total turnaround time, so when I said 24 to 48 hours that’s when the sample comes to the lab," said Roussin. "Overall the process to get a swab taken, that swab then has to be transported to the lab in the north in the rural areas. That is not an insignificant time. Then the lab has to be processed and then reported out. So that total turnaround time could be 60 hours or so."

Roussin added the wait time concerns are being addressed and the hope is they will decrease.

When cases spiked in the spring, the province brought on health care staff from areas of the health care system that were closed down, along with medical students and retired nurses to help with testing.

With school back in session, and the health care system reopened, the province has said it will be more difficult to find the workforce to meet the demand for testing.

Roussin said on Thursday, the province is looking at where that help will come from.

Roussin also mentioned COVID-19 wards are being opened in Winnipeg as there has been an increase in those having to go to the hospital.

As of Thursday, 25 people are in hospital, six of whom are in intensive care.

Roussin said they have the capacity to deal with the numbers now.

"We always want to limit the demand on the system. One of the biggest goals of a pandemic response is to not overwhelm your healthcare system," he said.

"So we're certainly not there with these numbers, but the climb in them makes us very aware that we need to act now to prevent that."

He added the province is using COVID wards that were used at the start of the pandemic and he said it is easier to have these wards in place, especially with the increased numbers.