CTV News has learned former college instructor and broadcaster Stephen Vogelsang has been charged in connection with two Alberta bank robberies, and has been dealing with criminal charges in Winnipeg.

The well-known Winnipeg personality taught journalism at Red River College between 2002 and 2011. Vogelsang is also a former sports anchor and news director at CKY-TV, now CTV Winnipeg. He worked at the station between 1992 and 2002.

CTV News has learned Vogelsang returned to Red River College, working on a part-time basis sometime after moving back to Winnipeg from Nelson B.C., in 2014, up until this past summer.

“I can confirm he is no longer an employee here,” said Conor Lloyd spokesperson for Red River College.

Vogelsang, 53, was charged with two counts of robbery in connection to two bank robberies in Medicine Hat, Alta.

Police said a man went into a Royal Bank of Canada on Thursday October 19 and a Bank of Montreal on Friday October 20.

They said in both instances, the man passed a note to a teller and received money. The amount is not being released.

“There were no weapons seen or brandished by the accused. It was a note passed, but I guess what's important to note, you know, in the sensitive environment of a financial institution when you pass the note across the desk so to speak, there is an applied threat and it's unknown if he had any weapons at that time," said Joe West, Medicine Hat Police Service inspector., in a phone interview with CTV News.

West said information from other agencies, along with obtaining a description of a suspect vehicle, led to the arrest.

The accused was located at a Medicine Hat hotel. West said he was arrested without incident, and is expected to appear in court tomorrow. 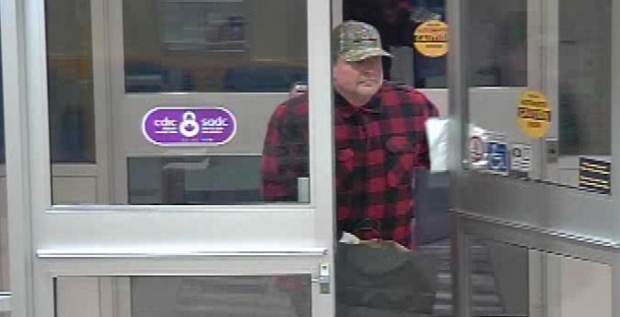 It appears Vogelsang is going through financial difficulties.

Court documents obtained by CTV News detail his divorce. He was accused of missing several mortgage payments on a home in Winnipeg, and borrowing money.

Court records also show he was charged with sexual assault in September 2016. That charge was stayed October 23, 2017.

A protection order was filed and granted in March 2017.

Court documents show he faces three charges of disobeying a court order, laid in August 2017. A justice official tells CTV News those charges are expected to be dealt with in court next year.

CTV News connected with former students who said the allegations are shocking.

“I'm shocked and upset, in disbelief, as I know many of Steve's former students are,” said former student Matt Preprost in an emailed statement.

“Steve was a tough, but fair teacher—one who built his lessons and rapport with us through a mix of fun and humour, always challenging us to step outside our comfort zones and to be better than our last assignment. No guts, no glory, as he used to say.

There’s still much we don’t know about the circumstances of these alleged robberies, and I’ll defer further comment at this time.”